A Song of Myself

❝ Why is it we call a male assertive and a female pushy? Why is a guy tough and a girl a bitch? What would Walt Whitman say about that? ❞
—Andrea

School's in, and David's in for it when his summer fling becomes a transfer student - and Donna's buddy. Meanwhile, Andrea has a tough adjustment to the Blaze's new faculty advisor; Brenda and Steve act as "senior buddies" to new freshmen.

your love | CHIC
nikki talks to david about telling donna 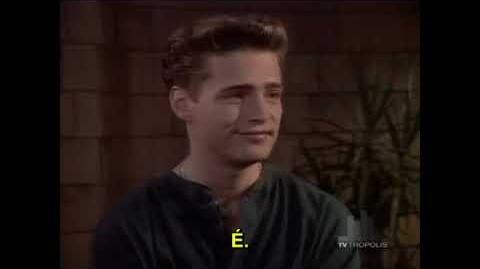 Retrieved from "https://90210.fandom.com/wiki/A_Song_of_Myself?oldid=86084"
Community content is available under CC-BY-SA unless otherwise noted.