Dylan – Something happened – I fell in love with you [...]. And I stopped being a loner
Brenda – Dylan, I think that's wonderful
Dylan – I think it's terrible: The only person in this world that I have to depend on is me, and I always have to remember it?

Beach Blanket Brandon is the premiere of Season 2 of Beverly Hills, 90210.

School's out, and for Brandon, it's the beginning of a new job. But it also could be the beginning of the end for Brenda and Dylan. Brenda suspects she may be pregnant, and the results of a home pregnancy test are inconclusive. So she visits a gynaecologist — whose good news fails to cheer her up. Being sexually active, she finds, is not all to her liking.

Man, the guy's your friend, you gotta show him some respect
—Dylan to Brandon about Nat

losing my religion | R.E.M.
Brenda breaks up with Dylan

droppin' like flies | SHEILA E
steve plays volleyball at the beach, when kelly approaches him 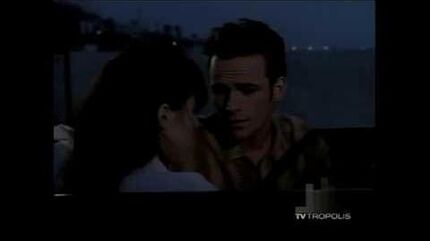 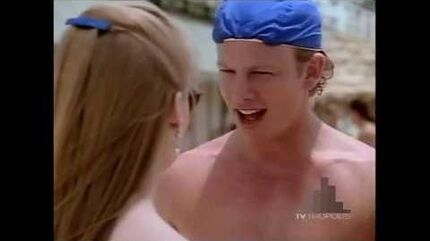