Concluded
Beverly Hills, 90210 is an American prime time television drama, which aired on the FOX television network from October 1990 to May 2000.

Beverly Hills, 90210 focuses on the assimilation of a solid, value-oriented Midwestern family into an accelerated Beverly Hills lifestyle. The show explores the realities and myths of social classes in Beverly Hills while at the same time exposing the strains this lifestyle can put on family relationships.[1]

Beverly Hills, 90210 began with the introduction of the Walsh family—parents Jim and Cindy (played by James Eckhouse and Carol Potter), and their teenage twins Brandon (Jason Priestley) and Brenda (Shannen Doherty). As a result of Jim’s job reassignment, the family moved from Minnesota to Beverly Hills, California. The story initially presented Brandon as a flawed boy scout, Brenda as a good-hearted rebel, Kelly as a good-natured snob, Steve as a laid-back thrill-seeker, Andrea as a strait-laced smart girl, Dylan as a sensitive loner, David as a geeky musician, and Donna as a quirky, socially awkward girl.

Several of these characters were developed over time, revealing subsequent layers as they matured. In addition, many new characters were introduced during the course of the series' run, and several guest stars appeared in recurring roles. Throughout the show's high school and college years, stories largely centered around the love lives, academic matters, career aspirations, and parental issues of the younger cast. Among the topics covered were adoption, estrangement, safe sex, substance abuse, romantic affairs, love triangles, race-related school incidents, and budding romances between longtime friends. As the show grew in popularity, several successful musicians of the '90s contributed to Beverly Hills, 90210: The Soundtrack. Additionally, their accompanying music videos aired during the end credits of various episodes. Among these artists were Shanice, Jeremy Jordan, and Vanessa Williams & Brian McKnight. In addition, the music video for "Hold On" by Jamie Walters, who starred in the series as Ray Pruit, was also featured. The final episode of Beverly Hills, 90210 aired on May 17, 2000. The series outlived its first two spin-offs, Melrose Place and Models Inc., and would spawn additional spin-offs—90210 and a new Melrose Place—in 2008 and 2009. 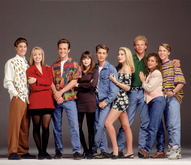 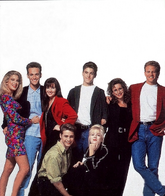 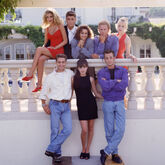 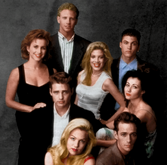 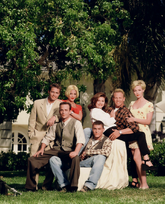 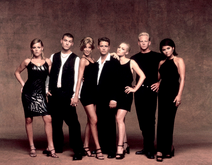 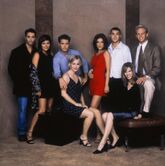 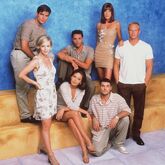 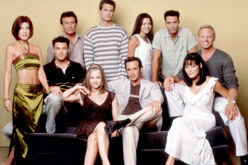 The Summer Seasons are story arcs which aired throughout the summers of 1991 and 1992 (July and August specifically) in the United States.

These story arcs presented all-new episodes which followed the teenage characters during their summer vacations from high school. In the DVD releases, they are packaged as parts of Seasons 2 and 3 respectively. The concept was highly unique, as television shows typically do not present new episodes during the period between their annual finales and premieres. In more recent times, certain shows have begun offering new interval material in other forms, including shorts on the Internet, and television movies.

Gabrielle Carteris (Andrea Zuckerman) notably is not in a bikini in the summer episodes, which was a choice Carteris made for her character. That decision was only cemented for Carteris when Aaron Spelling called her, prior to filming of the Season 3 summer episodes, and told her to lose weight.[2]

Misery Loves Company • The Twins, The Trustee And The Very Big Trip • Too Little, Too Late/Paris 75001 • Sex, Lies and Volleyball/Photo Fini • Shooting Star/American in Paris • Castles In The Sand

The show's now-iconic theme music was not always present in the first airings; some viewers remember an entirely different, somewhat calmer tune that was also heard during the end credits. Furthermore, this tune was accompanied by opening and ending scenes of postal deliveries (depicting the change of address for the Walsh family) that were eventually excluded from the Season 1 montage.

The original cast, including James Eckhouse, Carol Potter and Joe E. Tata, reunited for a 2003 special to discuss the impact which the shows success has had on their lives and careers.

In December 2018, executive producers of the 'mockumentary-style' reboot began shopping it around to networks. It was picked up by FOX and announced at the end of February 2019. The series will air in Summer 2019.

All the kids hated the show by season 5, other than Tori. They all just hated it. Every day they would come in was just torture for them.[5] 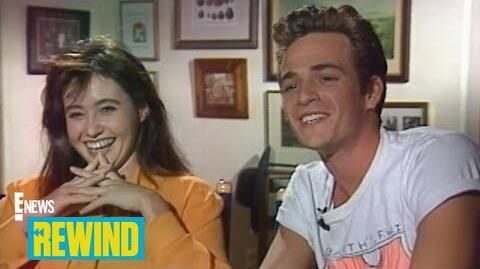 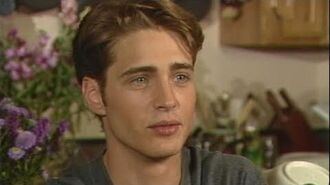 The 90210 Cast REACTS to Their Old Interviews (Flashback) 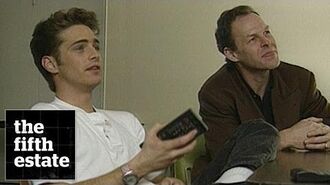 Celebs Who Appeared on '90210' Before They Were Famous