Christian I. Nyby II
Bobbi Dearest is the 18th episode of Season 9 of Beverly Hills, 90210.

A man disappears after saving Dylan's life; Gina decides to sue Felice for mismanaging her trust fund; Steve acquires a madam's black book, which Matt finds valuable; David advertises for a girlfriend on his radio show.

Gina decides to sue Felice for $1.1 million for the money her mother misspent and "pain and suffering." Donna, torn apart by her family's bickering, runs crying to Noah. She doesn't believe that David has a right to be angry, but later apologizes and claims that he is just lonely. He follows her advice and uses his radio show to field offers from potential girlfriends. He loses track of the woman who most interests him, and eventually discovers that she works for a cleaning service that cleans the club. Donna convinces her mother to repay Gina the $60,000 she lost. Gina and Bobbi had actually orchestrated a scam to rip off Felice; they celebrate their success.

Matt learns that Lauren has filed for divorce. Kelly wants to take things slowly, but cannot stay away from Matt. Dylan nearly dies in a Jet Ski accident. He tries to track down the guy who revived him. He learns that the man, devastated by the death of his little brother, had planned to commit suicide. Dylan funds a new children's playground at the hospital, and encourages Tim to help with the construction as a tribute to his brother. Steve purchases a madam's black book and considers publishing information about the woman's famous clients. Matt uses the book to blackmail a district attorney into freeing his client, an innocent teenager accused of drug dealing because of her race. 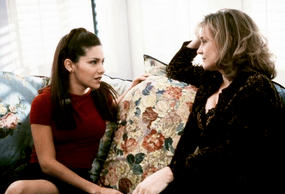 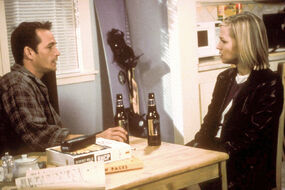