NFL QB Steve Young shows up for Thanksgiving at Casa Walsh - one of two surprises Donna plans for Joe's birthday. The absence of their significant others weighs on Brandon and Kelly. Steve is a surprise hit at Clare's father's faculty party. Valerie disdains cooking help from David's mother.

Kelly – And Nat says to cook the turkey breast side up
Valerie – Well, I planned to, but David's mother says breast side down. Can't we just shove her in the oven?

Why are you so down on yourself?
—Clare to Steve

Donna – Not doing it is what I regret. Joe's a great guy, I don't wanna lose him
Kelly – Just make sure you don't lose everything you've always believed in

Steve was a hit. My father fell in love with him... and, I think I did too. Is that possible?
—Clare

I knew that, if I made a choice between you and Dylan, it would've ruined your friendship
—Kelly 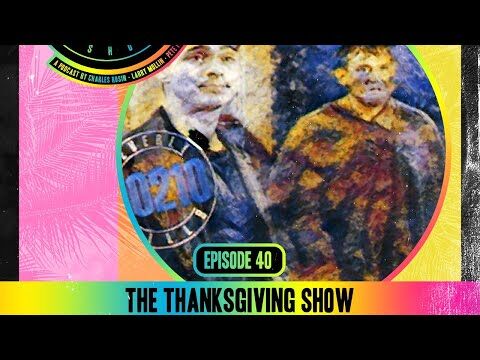