Brenda & Kelly is a relationship on Beverly Hills, 90210, portrayed by Shannen Doherty and Jennie Garth.

Brenda and Kelly initially call each other best friends, though this repeated statement comes off as that of teenagers who have yet to discover their true values and idea of what friendship means to them. In the beginning, Brenda was running to catch up with Kelly's glamorous lifestyle, and already in Season 1 the issue of Dylan McKay's affections arose.

After Kelly and Dylan got together mid-Season 3 and revealed their summer fling to Brenda, the girls had a brief period of distance before reconciling somewhat and trying to start over. At many points throughout their first year in college (see video section), Kelly and Brenda's friendship was tested, mostly due to Kelly's jealousy of Brenda's significance to Dylan and Kelly's lack of support of Brenda (fuelled by same).

Kelly is rarely seen on the show talking about or keeping in touch with Brenda much, although they parted on good terms at the end of Season 4. Albeit, at this point Brenda & Dylan briefly reconciled, after Dylan and Kelly broke up and while Kelly was pursuing Brandon. It is not mentioned whether Kelly ever knew of this and she is still with Brandon when she finds out that Dylan and Brenda are living together in London. 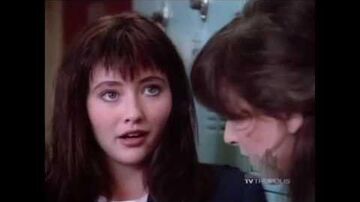 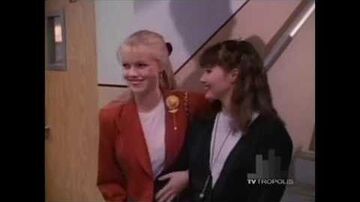 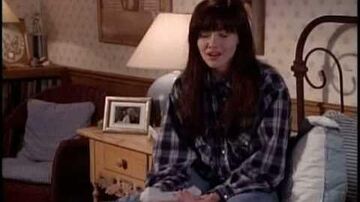 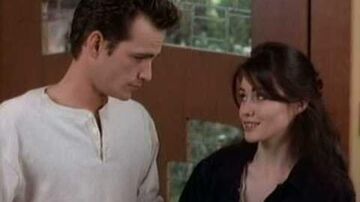 Retrieved from "https://90210.fandom.com/wiki/Brenda_and_Kelly?oldid=89442"
Community content is available under CC-BY-SA unless otherwise noted.