Jeffrey Melman
Camping Trip is the 7th episode of Season 2 of Beverly Hills, 90210.

Rain on the kids' Yosemite parade strands the gang of seven next to newlyweds who teach - and learn - some things about love, marriage, divorce and communication.

The gang takes off with plans to spend the weekend camping at Yosemite Park. A sudden monsoon forces the teens to seek refuge in a cramped one-bedroom cabin. Everyone quickly begins to get on each other's nerves. Steve and David go out for beer and ask an elderly couple to help them buy it but they take Steve's money and split without buying him anything. The honeymooning couple in the next cabin, Allison and Neil, supplies the kids with food and firewood, but get into a huge argument.

The gang tries to provide counsel, and learns that the husband wanted to wait before starting a family, but the wife is already pregnant. Dylan storms out following a fight with Brenda and has a drink. Dylan and Brandon go for a hike, and Brandon slips and falls, dangling from the cliff by only one hand. Dylan saves him from falling off the cliff, and they decide to keep the incident to themselves.

It seems to me that your parents should be helping you; supporting you; loving you: that's their job
—Brandon to Dylan 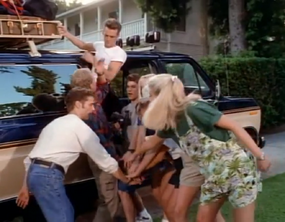 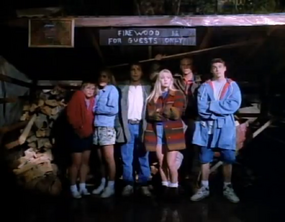 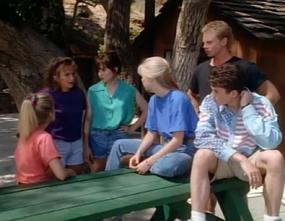 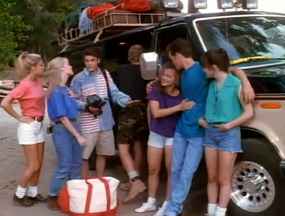 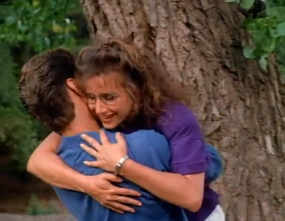 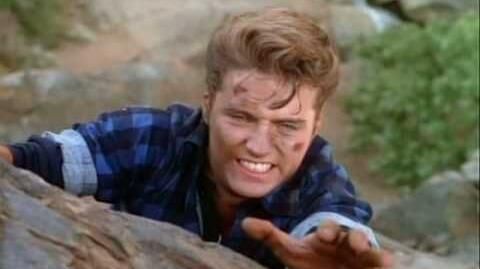