❝Brandon – Tell me something, do you remember everything everyone ever says to you?
Kelly – Not everyone❞
―That was then

Kelly accompanies Brandon on a task-force weekend retreat; Brenda and Donna learn why a friendly dog is a stray; Lucinda shows Dylan her film - and her apartment; Steve negotiates to stay in the dorm after breaking Andrea's rules.

❝ Brandon, I'm not some trading card. And I really don't like this petty jealousy ❞
—Lucinda

❝Brandon – Why are you doing this?
Richland – Honestly? Cause I don't like you❞
―Paparazzo

get closer | SEALS & CROFTS
andrea and steve at the peach pit 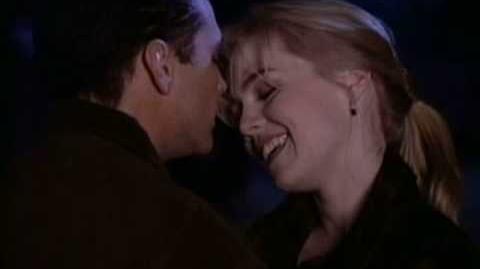 Retrieved from "https://90210.fandom.com/wiki/Change_Partners?oldid=80057"
Community content is available under CC-BY-SA unless otherwise noted.