Mom, this is the '90s: what kind of insecure wuss chooses a college based on where some guy is going
—Brenda about Dylan

For graduation, Steve proposes the gang do "something special"; Donna and David emcee the Senior Breakfast; and all recall memorable moments.

Iris – Did you really think I'd miss your graduation?
Dylan – You missed practically everything else in my life
―Hi Mom

Besides, half the fun is catching you with a girl in the bedroom!
—Iris to Dylan

You're still with Kelly??
—Iris to Dylan 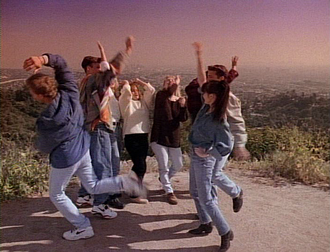 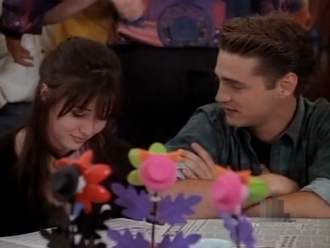