Someone's watching over Dylan and his father, but no longer Jim; and finances force Kelly's mother to put her house up for sale. Meanwhile, Brenda thrives in a self-defence class.

At Marina Yacht Basin, Jack McKay, is showing his son, Dylan, and his girlfriend, Christine, a very large boat he has acquired. Dylan is puzzled as to where his father got so much money, but is impressed by the beautiful yacht. Jack introduces them to the captain, Terry, and his first mate, Mel. They seem pleasant on the surface but when Dylan and Christine go below deck, Terry cautions Jack that it's "too late to keep Dylan out of it." In a large van, parked nearby, we see two men taping all the conversations from Jack's new floating home. We hear Terry warn Jack to "speed things up or their deal will go sour very quickly." Jack mentions to Dylan that they should have heard something from Jim Walsh about dissolving the trust. His father asks Dylan to call Jim and find out what is holding things up. At the Walsh house, Jim criticizes Brandon for only reading the sports page. Brenda and Cindy come in from the morning jog, with news that a friend got mugged in the park. Cindy and Brenda announce they are going to attend a self-defense course on the weekend. At Kelly's house, her mother tells her and David that she is going to have to put the house up for sale. The expenses are more than she can manage, she says. David's new-record producer calls to say they will start the initial work on the recording next week. He is a bit over-whelmed by the news.

In the school corridor, Steve joins Brandon. They talk about all the money Brandon has made from sports betting. Steve cautions him that Lady Luck can frown on you as well as smile. David walks up, still feeling guilty about dumping Steve, but his former manager doesn't want to talk about it. Brenda asks Donna to join her and Cindy for the self-defense workshop. Donna would rather be with David and tries to talk Andrea into going with Brenda. But Andrea surprises everyone by saying she has a heavy date. Dylan drops by Jim Walsh's office to inquire about the trust fund settlement delays. Jim admits he is going slowly because he is looking out for Dylan's best interests. Dylan gets angry and storms out. Jackie is straightening up the house for the first public showing next day. Kelly tells her she's missing her phone conversations with Brenda. Cindy and Brenda attend the self-defense workout and persuade Donna to join them. Dylan and his father discuss his son's visit to see Jim Walsh. Jack is not pleased to hear of the delay in the settlement. We see that their conversation is being recorded. At the Peach Pit, Brandon admits to Steve that he's lost several bets lately. Andrea comes in with her date, Jordan Bonner. Brandon greets them and congratulates Jordan on going to Yale. Steve notices some evidence of jealousy as Andrea walks away with a new boyfriend. Andrea and Jordan joke about which one of them will end up as editor of the Yale Daily News.

The girls are getting really into the self-defense training. Later at home, Cindy tells Jim she's surprised how much anger Brenda seems to have bottled up inside her. They also discuss Jim's concern about Dylan's trust fund. Cindy says maybe they should stop being Dylan's surrogate parents. Kelly finds the crowds of "looky loos" who have come to inspect their house, too much to be around. She and Jackie leave the real estate agent in charge, and go for a drive. Dylan and Jack go to Jim Walsh's office Jim tells them he has decided to sign the papers. Jack and Dylan are delighted. Kelly joins Dylan, Jack and Christine for dinner on the yacht. It is a pleasant get together and ends up with Jack asking Christine to marry him. We see the men sitting in the parked van on the dock as they record these conversations. The real estate agents deliver disappointingly low sales price offers to Jackie. Kelly is off to join Dylan at the yacht basin in the rain. He wants to go sailing but it's raining very heavily now. Kelly spots a man staring at them through binoculars. Dylan shrugs it off as just a man who knows a pretty woman when he sees one. They move into an embrace and kiss warmly. Brandon tells Steve he's into his bookie for over two hundred dollars. Steve offers to lend him the money to cover his losses, but Brandon refuses.

Brenda and Cindy try some of their self-defense routine, in the living room. Jim chides them about "hoping he doesn't meet them in a dark alley." Brenda and Brandon discuss the fact that Dylan is suddenly a very rich man. Brenda wonders if it might change Dylan. Kelly and Dylan are into some heavy petting on the yacht. Dylan comments that now with all his inheritance he'll never know if Kelly loves him for himself or for his money. The self-defense class is taken to heart by Cindy as she demonstrates some killer moves. After Kelly has left, Jack asks Dylan if he is really pleased to have Christine as his future stepmother. Dylan says he likes Christine. Jack starts to reveal some business secrets to Dylan but is quickly interrupted by Captain Terry. Terry takes Jack aside and warns him to keep his mouth shut about business matters or both he and Dylan could end up dead. Steve tells David he is really happy for him and about his new recording contract. He'd just better send him free tickets when he is a famous concert star. Brandon tells his bookie he can't pay off his betting loses this week. The bookie says it's ok this time, but next time it will mean big trouble. Jackie tells Kelly and David she's decided to hold out for a better offer on their house. Jack and Dylan have a warm moment of recalling memories of Dylan's childhood. During the night, we see an explosive device placed under Jack's car. Next morning, a neighbor warns that the meter maid will give out a ticket to their car if it isn't moved. Dylan starts to go to move it, but Kelly calls on the phone. Jack goes to move the car. The car explodes in a gigantic burst of flames.

Brandon – Maybe it's a good thing Andrea's going to Yale. You know, it's weird. We never did anything more than just kiss, but, I just can't get off this possessive trip with her
Steve – You guys kissed??

Maybe it's time we let go of Dylan
—Cindy to Jim

To Dylan, my son, who had to grow up way too fast because his old man was a screwed up kid for too long
—Jack's toast

all the way to heaven | JODY WATLEY
brandon and steve talk at school, david tries to talk to steve

living in the U.S.A. | STEVE MILLER BAND
brandon and steve talk about brandon's feelings for andrea 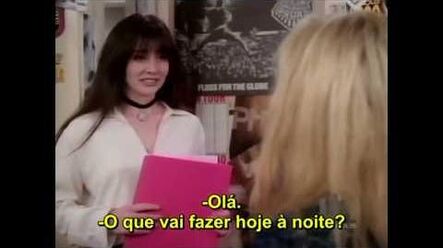 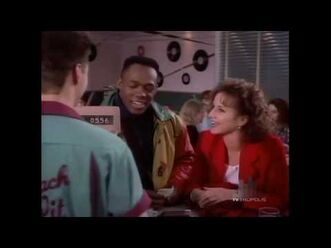