The end of "The Final Proof" where a horrified Gina finds Dr. John Martin unconscious on the floor of his home as they were planning to head out for a father-daughter Valentine's Day dinner--and Donna arrived to join them and nearly became hysterical at the sight of her father in mortal peril--transitions into an opening where the paramedics confirm that Dr. Martin has died. Donna loses it, Felice begins screaming when she comes in and finds out her husband has died, and Gina breaks down in tears. Things are bad for all three of them, but of the trio, only Gina has people either hinting or outright saying she is to blame for her real father's death. On the milder end of the spectrum, David is happy to return Gina's lack of past interest in him by relaying the "questions" the group has (Gina, not being stupid, knows they all think she is responsible for his death) and Kelly at least says those questions to Gina's face. On the harsher end, Felice calls her a mistake (and makes it clear the "survived by his [one] daughter" note in his obituary was intentional) and Donna finally says that she thinks Dr. Martin would be alive if she hadn't told Gina the truth.

Gina's support consists of Dylan, who A) tells her he's sorry that her father died, B) makes a good point when he says that any physical workouts Gina had would have been approved by a man who was a longtime physician and C) and finally has enough of BS from Kelly in part and tells Gina he's going to join her when she throws up her hands and decides to leave L.A. for good. At the funeral, David once again takes up for Donna and snubs Gina when he says that Gina can't sit with "immediate family" at the service. But when Donna (who has turned into a hugely competent adult and arranges every sad detail of the funeral because Felice is too traumatized to help) finally breaks down while giving the oratory for her dad, Gina bravely steps up and delivers a beautiful speech. Donna and Felice both embrace her and Felice silently invites Gina to join her sister in the front pew. Gina is roundly praised for her actions, the group forgiving her, but she has not wavered on her plan to leave town. Dylan tells her he won't be going, and she isn't much bothered.

Gina exchanges a few nice memories with Donna, shares genuine wishes of good luck, and heads off to find her next path in life as David sits with Donna outside and the episode ends. In minor story bits, Matt thinks Kelly needs to stop blaming Gina for Dr. Martin's death (not because of Gina's feelings, but because doing so isn't helping Donna) but their focus goes to economics when Matt's sorry job position leads to his car getting booted. Kelly irritates Dylan by snidely remarking on his plans to leave town with Gina, yet her idea that he needs to be running to something and not away from it is the main reason he gives for staying around. She takes on a job at a high-profile PR firm and is sickened when she's told their job is to publicly defeat a measure OK'ing LGBT clubs in high schools, something she personally and strongly supports. And Noah remains a drunk, barely-moving shell of himself after his kidnapping ordeal, with David left to tell him people understand what he went through, but that he needs to pull himself together and do it soon.

i will remember you | SARAH MCLACHLAN 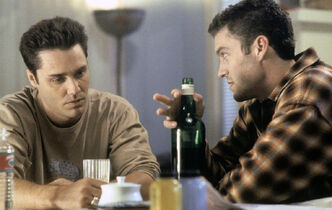 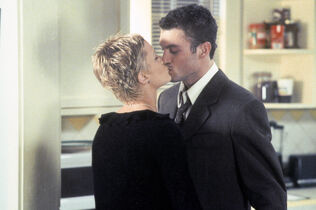 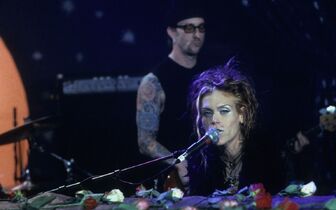