With movable limbs and combable hair, this Brandon comes complete with his very own Mustang and will provide hours of fun!
—Clare's Jeopardy dream

"Jeopardy" host Alex Trebek and announcer Johnny Gilbert have cameos as Brandon and Clare compete to be in the show's college tournament; Andrea and Jesse talk divorce; Jackie and Mel reconcile.

Andrea... you're just not the girl I fell in love with anymore
—Jesse

David and I had five months together. Which is about five months longer than I've had with anyone else, so...
—Clare to Donna

That's not the point: if I let you stay it's like I'm choosing sides against her
—Dylan to Jesse

For she is Clare: a pretentious, cold-hearted b**ch
—Brandon being sexist and rude as thinly veiled sexual frustration

Andrea – Brandon, I had an affair
Brandon – Was it serious?
Andrea – I was ready to leave Jesse

I may be out of line saying this, but I'm gonna say it anyway: ever since high school, you haven't seemed happy
—Brandon to Andrea 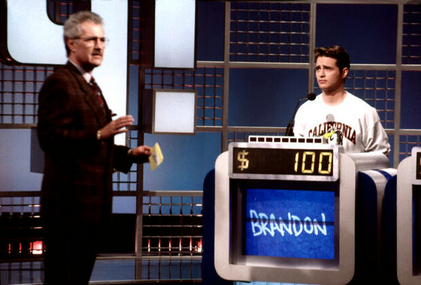 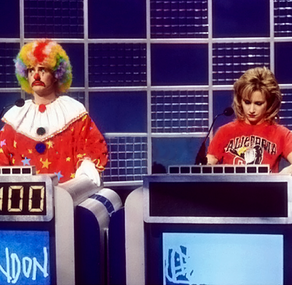 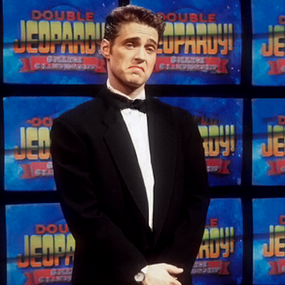