Down and Out of District in Beverly Hills

Down and Out of District
in Beverly Hills

We need you here, Andrea. You're our inspiration
—Steve

Brandon's good deed turns into a bad seed for Andrea, as it grows into the possibility of her expulsion from West Beverly. Meanwhile, Steve is unwittingly dating a girl only in it for gold.

Brandon submits one of Andrea's articles to a high school journalism contest. She wins the contest, but panics because a school district representative wants to conduct a home interview. Andrea asks her grandmother Rose Zuckerman to say that she lives with her, but Rose does not want to play along. The school district initiates an investigation because they suspect that Andrea lives out of district. Andrea moves in with Rose, but decides to give up her fight because she cannot stand to be in the middle of the long-running feud between her parents and grandmother. Rose decides to let Andrea stay and agrees to make peace with her daughter-in-law. To make the judges believe Andrea lives in the district, they come by and decorate the apartment to suit a teenager's taste. Steve gets a girlfriend named Christine through a "chance encounter" at the Peach Pit, but Kelly suspects that the girl is only interested in his bank account, and in the end, Steve realizes Kelly was right all along.

Brenda – And now I see how attentive he is when he really cares about a girl, I mean, he's so... sweet and, protective
Dylan – Yeah, well, just don't get any ideas okay? 'Cause you're taken
―Steve

I want someone who likes me for who I am; someone who will be there even if I have nothing in the bank
—Steve to Brandon

What, you think you're the only one who can be tight with the illustrious Andrea Zuckerman?
—Steve to Brandon

build me up buttercup | THE FOUNDATIONS
steve + christine at the peach pit; kelly watches in horror

shiny happy people | R.E.M.
steve and christine in the limo

losing my religion | R.E.M.
steve picks this song at the peach pit and cheers up andrea

over and over | BOBBY DAY
at the peach pit, the gang celebrate Andrea staying 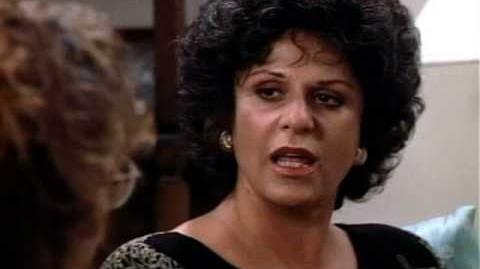 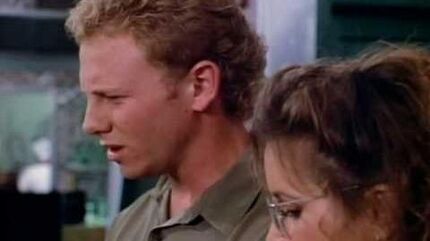