Dylan moves into the house around the autumn of 1990 approximately, as he invites Brenda and Brandon to hang out and mentions having moved out of the hotel. However, the house layout changes in the summer of 1992, although it's never mentioned that Dylan might have moved to a new house.

The front door opens upon a large, square living room. Dylan's bedroom is seen in 1991, but there is no footage of how it's situated in relation to the living room.

When Iris comes L.A. for the first time in 11 years, she stays with Dylan and the living room is shown, which matches the layout of the house most seen while Dylan lives in the US, until he leaves in 1995. 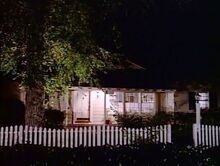 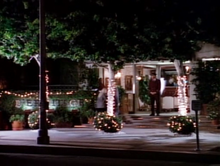