Dylan and Kelly are acquaintances from childhood, with Kelly always harboring a crush on Dylan. Despite flirting all of their sophomore year (according to Kelly and seen in episodes before Brenda and Dylan start dating), Dylan dates Brenda even though Kelly tries to get a date with him afterward.[1] During Halloween, Dylan is there to console Kelly after her attempted rape. As the gang starts forming, they're mostly friendly, albeit not close. When Kelly starts seeing Jake Hanson, Dylan looks out for Kelly by telling Jake to be nice to her.[2] The summer before senior year, with Brenda in Paris, Kelly and Dylan spend time together over the summer and their attraction grows. They connect romantically and Kelly vacillates between her feelings for Dylan and feeling like she's betraying Brenda. For the sake of their friendship with Brenda, Kelly tells Dylan to forget their summer fling. When Brenda returns, Kelly tells Dylan that he should continue his relationship with Brenda despite her own feelings for him. Kelly's miserable and after Brenda and Dylan break up, Dylan goes straight to Kelly's house to start dating her officially. They excitedly go on a date, but Brenda is shocked to see them together. The girls mend their friendship apart from Dylan. They admit their feelings to Dylan and ask him to choose between them. Dylan chooses Kelly and they start a relationship. Kelly is by Dylan's side as he tries to develop a relationship with his father and tries to comfort him through his father's death. Dylan takes Kelly to her surprise birthday party and is by her side after she was brought to the hospital because of her eating disorder. After a fight over the Senior Poll, Dylan follows Kelly to the playground they used to play in and exclaimed that they were soulmates.

The duo went to prom together and celebrated their graduation from high school together. Their relationship hit a snag the summer before college, when they were traveling Europe. They end up fighting towards the end of the trip when Dylan does not get into the college of his choice. When Dylan returns from Europe they make up and reunite. Kelly is enjoying college life, while Dylan isn't into the college life. They break up and decide to see other people, which leads Kelly to dating John Sears. After Kelly discovers that John is a creep and that Dylan was the first person to take her seriously they get back together passionately, and Dylan dumps pie on John Sears' face. The emergence of Dylan's newfound family and Kelly's skepticism of their intentions caused a strain on their relationship. They break up at the end of their freshman year in college. Dylan falls off the wagon after being scammed by the family and wants Kelly back but she is with Brandon. Kelly is there for him when he is in the hospital and attended his intervention. While Dylan is in rehab and after Kelly is in a fire she begins to lean on Dylan again. After Kelly joins a cult Dylan is the one, along with her boyfriend Brandon, who breaks her out. When in hypnotherapy, he sees Kelly in a former life and becomes convinced that they're soulmates. He asks her to travel the world with her, but she says no. She says she needs to focus on herself. In their junior year of college, Dylan meets Antonia Marchette. They fall in love and marry, much to Kelly's dismay. Antonia is killed and he leaves town. He goes to England and reunites with Brenda, Kelly hears about this from David and was visibly affected by this information despite still having feelings for Brandon. Kelly cites Dylan as her best kiss. While dating other people, Kelly has recollections of her relationship with Dylan and keeps his old letters. In 1998, Dylan returns to L.A., once again off the wagon. He and Kelly are still interested in each other and at one point give in to their feelings. Dylan states that Kelly has become his best friend. When Kelly is raped, she turns to Dylan who is there for her. Kelly gets engaged to Matt, but eventually turns him down and chooses Dylan.[3]

Brenda admitted to having a fling also and breaks up with Dylan. Dylan and Kelly started their relationship. Dylan and Kelly went out on a date and while there ran into Brenda on her date. Seeing Dylan and Kelly together made Brenda feel angry and betrayed. Dylan and Kelly later told Brenda that it was her that Dylan had a fling with. Brenda being angry severed all ties with the couple. Kelly later reached out to Brenda and their friendship was repaired. The two girls later told Dylan that he would have to choose.

What he said to me was, 'I wanna work with the blonde,'” executive producer Charles Rosin revealed on the Beverly Hills, 90210 Show podcast. [5]

“My favourite scene to film - ever - was the pool scene with Luke, when Kelly and Dylan were in the pool together. It was just a magical, albeit FREEZING experience - we were freezing our butts off in that cold water. It was just really beautiful, the way it was lit, and it was very memorable for me, and being with someone that I cared so much about made it even better.”

Kelly – What I would do to go out with Dylan McKay
Brenda – I don’t know. Everyone says he’s trouble
Kelly – Well, he can trouble me all he wants
— Higher Education

I think it’s time I started seeing you
—Dylan to Kelly, after Brenda breaks up with him[src]

Look, it was you two that gave me that dumb ultimatum. You said choose. I chose. I chose you. I want you. ... I’ve always wanted you
—Dylan chooses Kelly[src]

The boats, like the girl, had grown. Beautiful. Inspirational. After the explosion that killed his father, she was the only beauty, the only inspiration, left in his life
—Dylan writes about Kelly in his book[src]

Most beautiful or not, I’d have fallen in love with you either way, Kel
—Dylan to Kelly, in rehab[src]

I love Brandon, with all of my heart. But with Dylan... I don't know. It's like he'll always have a piece of my soul
—Kelly to Donna

He can’t figure out how two people so obviously meant for each other can’t seem to get together. [pointedly] To tell you the truth... neither can I
—Dylan to Kelly

Dylan – Look, I’ve only ever connected with two things in this life. One of them is dead
Kelly – How about the other one?
Dylan – She’s sitting right across from me

Kelly – I can’t just kiss a guy I’ve had a major crush on my whole life and pretend that it doesn’t mean anything. I just don’t know what
Dylan – How bout, that we like each other?
―Shooting Star/American in Paris

You want a better answer? I came back because I missed you
—Dylan to Kelly on why he came back to Beverly Hills[src]

Well, the cool, calm Dylan McKay just knows what he needs for the first time in his life. I need you
—Dylan to Kelly

I wouldn’t be here unless I was absolutely sure that where you belong is with me. Together, wherever it is
—Dylan to Kelly

Kelly – You chose nothing
Dylan – Let me choose again

And if I am starting to get more inner strength or whatever, I think ... maybe it’s because you were the first guy who ever took me seriously
—Kelly to Dylan[src]

Dylan – Maybe we each have more than one soulmate.
Kelly – Yeah, maybe we do. 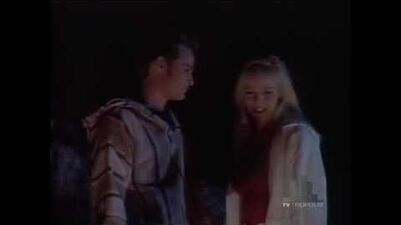 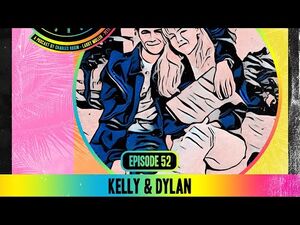 Jennie Garth is nervous about rewatching that famous 90210 love triangle: 'I will feel awkward' (ENTERTAINMENT WEEKLY • MAY 2021)