Dylan and Kelly are acquaintances from childhood, with Kelly always harbouring a crush on Dylan. Despite flirting all of their sophomore year (according to Kelly and seen in episodes before Brenda and Dylan start dating), Dylan dates Brenda steadily even though Kelly tries to get a date with him afterward.[1] As the gang starts forming, they're mostly friendly, albeit not close. When Kelly starts seeing Jake Hanson, Dylan looks out for Kelly by telling Jake to be nice to her.[2] The summer before senior year, with Brenda in Paris, Kelly and Dylan spend time together over the summer and become attracted to each other. They connect romantically and Kelly vacillates between her attraction and feeling like she's betraying Brenda. For the sake of their friendship with Brenda, Kelly tells Dylan to forget their summer fling. When Brenda returns, Brenda and Dylan continue their relationship. Kelly's miserable and after Brenda and Dylan break up, Dylan goes straight to Kelly's house to start dating her officially. They go on a date and Brenda is shocked to see them together. The girls mend their friendship apart from Dylan. They admit their feelings to Dylan and ask him to choose between them. Dylan chooses Kelly and they start a relationship.

It last until the summer before college, where they travel to Europe but fight towards the end when Dylan does not get into the college of his choice. When Dylan returns they reunite, until Kelly dumps him for John Sears. They get back together passionately and Dylan dumps pie on John Sears' face. The emergence of a Dylan's newfound family and Kelly's skepticism of their intentions caused a strain on their relationship. They break up at the end of their freshman year in college. Dylan falls off the wagon after being scammed by the family and wants Kelly back but she is with Brandon. When in hypnotherapy, he sees Kelly in a former life and becomes convinced that they're soulmates. He asks her to travel the world with her, but she says no. In their junior year of college, Dylan meets Antonia Marchette. They fall in love and marry, much to Kelly's dismay. Antonia is killed and he leaves town. He goes to England and reunites with Brenda, Kelly hears about this from David and was visibly affected by this information despite still having feelings for Brandon. Kelly cites Dylan as her best kiss. While dating other people, Kelly has recollections of her relationship with Dylan and keeps his old letters. In 1998, Dylan returns to L.A., once again off the wagon. He and Kelly are still interested in each other and at one point give in to their feelings. When Kelly is raped, she turns to Dylan who is there for her. Kelly gets engaged to Matt, but eventually turns him down and chooses Dylan.[3]

Brenda admitted to having a fling also and breaks up with Dylan. Dylan and Kelly started their relationship. Dylan and Kelly went out on a date and while there ran into Brenda on her date. Seeing Dylan and Kelly together made Brenda feel angry and betrayed. Dylan and Kelly later told Brenda that it was her that Dylan had a fling with. Brenda being angry severed all ties with the couple. Kelly later reached out to Brenda and their friendship was repaired. The two girls later told Dylan that he would have to choose. 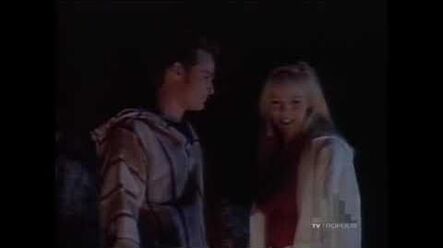 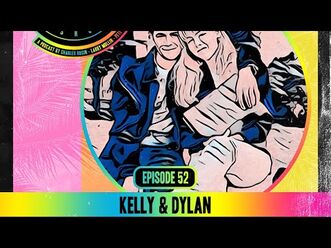 Retrieved from "https://90210.fandom.com/wiki/Dylan_and_Kelly?oldid=90542"
Community content is available under CC-BY-SA unless otherwise noted.