37
Gina Kincaid is a principal character on Beverly Hills, 90210. She is portrayed by Vanessa Marcil.

Gina is a former Olympic-hopeful ice skater working in a touring ice show when she first arrives in Los Angeles. Prior to her arrival in Beverly Hills, she was long believed to be the cousin of Donna Martin.

Upon meeting Donna's friends, Gina became close to some and less than friendly with others. At one point, members of the latter group expressed resentment toward Steve Sanders for spending time with her, prompting the comical Steve to ask, "Why am I supposed to hate her again?" Gina had a romantic relationship with Dylan McKay, though a series of differences slowly led them apart, leading her to get involved with David Silver. This caused tension between Dylan and David. It was eventually revealed that Gina, like Donna, was actually John Martin's daughter. After coping with the natural awkwardness that followed this discovery, she became gradually closer to her father. However, their time together was cut short when John suffered a fatal stroke while exercising. At the funeral, Gina completed a eulogy after a shaken Donna found herself unable. After saying her goodbyes to Donna and Felice, Gina left town.

Gina first meets Dylan when he surprisingly shows up at the Walsh house on Thanksgiving 1998, after having been away from L.A. for 3 years. 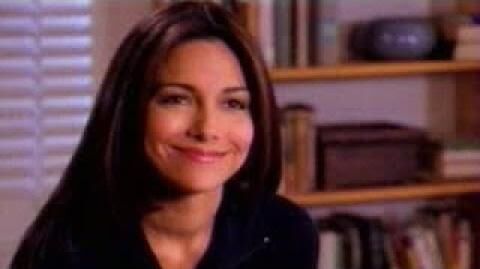