Higher Education is the 6th episode of Season 1 of Beverly Hills, 90210.

Brandon is getting a C in American History because of the teacher's unreasonable grade curve, in which 80 percent of the students receive C's regardless of their marks. Steve scores an A on every test because he obtains copies of the exams beforehand. Feeling pressure from Jim about his grades, Brandon cheats on a quiz. Andrea is furious, particularly when her grades slip as a result. Brandon is faced with a moral dilemma when Steve offers him a copy of the midterm. Brenda tries to dye her hair blonde in the hopes of impressing Dylan, but winds up looking like a clown. Dylan flirts with Brenda and takes her to a stylist to repair the damage.

I'm wearing both contacts on the same eye!
—Donna

I like your butt... I mean your bike
—Brenda to Dylan 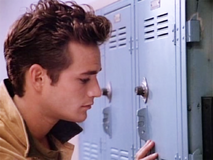 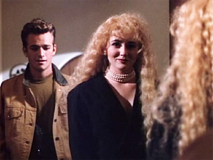 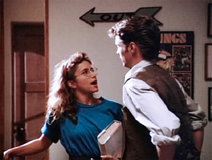 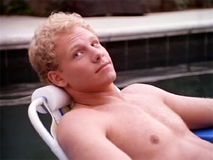 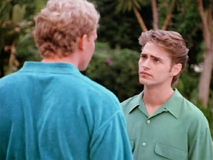 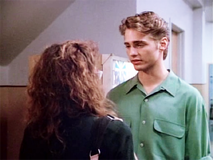 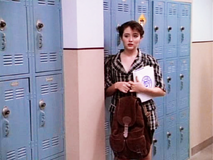 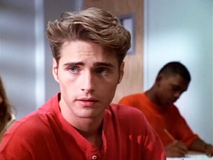 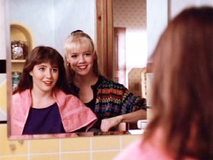 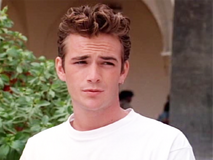 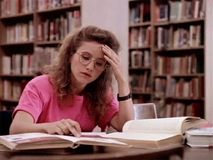 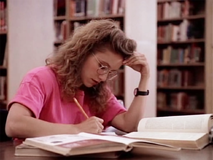 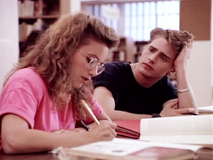 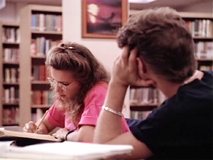 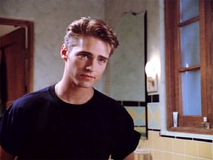 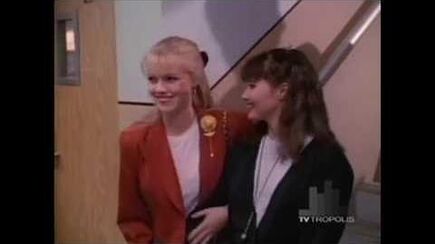 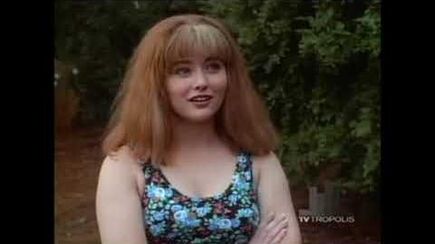