6
Ian Ziering is a character on BH90210, portrayed by Ian Ziering.

Ian aspires to be a businessman, trying to create lifestyle brands, most recently with a book about himself and his young wife's shared fitness regiments. He sees the reunion panel as an opportunity for publicity and plugs his book there. To the cast, he likes to come off as immensely successful, both personally and professionally. Brian, meanwhile, finds his constant plugs a bit much. When Ian learns that his wife is cheating on him, he feels like it's a public embarrassment that his former colleagues know, although they try to comfort him and he lashes out at them, especially Tori.

While doing a photo shoot with his wife Stacey, she reveals she can’t go with him to Las Vegas because she is auditioning for The Real Housewives of Beverly Hills. At the reunion panel, he uses Brian's answer to one of the fans to pivot into promoting his brand and offering free merchandise in the form of his and Stacey's new book. Once the panel wraps, He tells the rest of the gang while out for drinks, that he can’t wait to have kids with Stacey. But since she is younger, he is supporting her in trying to build her brand first. Jennie asks him if it doesn’t bother him to have his wife on billboards showing off her spray tanned flesh. He says that they have a great relationship and proudly calls it the perfect marriage. On the flight back to Los Angeles, he finds out Stacey is cheating on him when he goes to the bathroom in the plane, and leaves behind his phone. Tori answers the video call on his phone, and it shows Stacy moaning and having sex with another man. He talks to Stacey at home, and asks her about her audition; pretending like nothing is wrong. When she walks away, he is seen looking at a prenuptial agreement on his computer screen. [1]

At his court hearing some time later, he is seen promoting his Sharknado movies by signing poster after poster. Eventually, Jason asks hims about Stacey, and he says that he’s not talking with her yet unless there’s a lawyer present. He reveals that in order to enact the infidelity clause in his prenup with Stacey, he first needs to catch her cheating on him. Ian catches his wife cheating several times around the house and will be able to enact the infidelity clause in their prenup. He tells Tori that he’ll signed onto the reboot, if she partners with him on a health & beauty line called: Next Gen: Ian & Tori. While doing their community service, he talks about how he wants the product placement to be stuff from his brand. Which starts an argument with Jason that almost causes everything to fall apart. Similar to the rest of the gang, Ian gets a package addressed to him. Inside is a Steve dolls, and when Ian takes it out, one of the doll's hand falls off. [2]

Ian, now living alone in his mansion after kicking Stacey out, shows up on set visibly hungover and mistakes Anna Blakemore,one of the female writers on the reboot for an employee who works at craft services. He tries to save face by commenting on how beautiful her eyes are. But she dismisses the unsolicited complimented. Afterwards, she reprimands him on the way he’s commenting on her physical appearance and leaves after grabbing a coffee cup for herself. Surrounded by Brian and Jason, He asks them when it became wrong to compliment a woman. To which Brian says it was probably sometime in 2007, when that turned a corner. He reveals that if he wasn’t complimenting Stacey constantly, she’d bite his head off. To which the other guys tell Ian how that should have been big red flag that something was wrong. Once Jason reveals that Jack Carlisle, their head writer, slept with Camille and got her pregnant, he punches him and says that someone had to do something about that guy’s dialogue.

After the disastrous first day on set, Ian is next seen hitting the bar pretty hard and Jason is already there when Brian arrives. The two try to take him home, but he doesn’t want to as he tells them that his big house now feels quite lonely and empty since has no one to share it with. [3]

At a wardrobe fitting for the pilot, he continues to put his foot in his mouth when talking to Anna, who isn’t afraid of putting him in his place. However at the table read for Anna's first version of the script, he's the one who has seemingly lucked out with the best material. He has an inspirational monologue on page 31 of the script. Then saves a drowning kid on page 41 as his abs glisten in the sun. [4]

A news report is heard playing and talking about about how there's some high drama on the set of 90210. The news reporter with the original writer fired and replaced with a new one that has zero credits to her name. The news reporter goes onto say that she might be cozying up with newly single Ian Ziering. Later, he continues to be supportive of Anna, and accepts her offer to Netflix and Chill. But he has to ask Brian what that could mean. Later, when the gang is throwing out name of possible people that could be targeting them< Ian has several. He says that Ivanka Trump as a possible suspect since he claims she had it out for him when he did The Apprentice. He also suggests Cheryl Burke whom he danced with on Dancing with the Stars. Some other names of suspects thrown around by the gang are Paris Hilton, who Ian may or may not have slept with, as well as Mike Myers, and everyone from the Saved by the Bell cast. [5]

When Christine tells the gang that they aren't the only reboot hoping to be picked by revealing that there's an OC reboot pilot that has Mischa Barton's character come back from dead. However, Ian says the OC was basically a rip-off 90210. Later, Ian tells Brian that Anna doesn’t want a relationship, that she’d rather have a no strings attached. He confesses that he’s ready to have a family. At the upfronts, Denise and Ian get a hotel room and Denise tells him how one of her first jobs was on 90210, but Ian doesn’t remember. She tells him how she played Kelly’s cousin and Steve hit on her, and she jokes that clearly the part was badly written before the two fall onto the hotel bed. When Ian introduces Anna to Denise, she tells Ian that Anna is her daughter. At last Christine reveals that the 90210 reboot was picked up. However, because the network has no money, they will shoot in Canada, where the pilot will be re-shot, Anna is being replaced, they are also bringing in an entirely different guest cast but she tells Jennie that they will find something else for Kyler. But unfortunately, this also means that the network can’t afford to bring back all of 7 of them. [6] 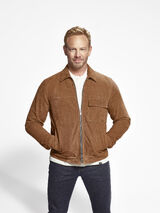 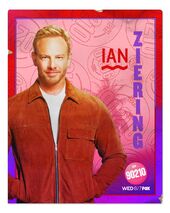 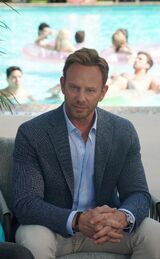 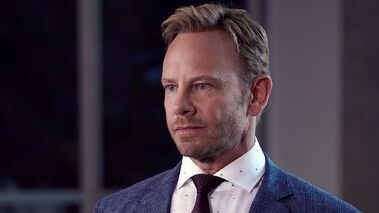