It's Only A Test

It's Only A Test

Charles Braverman
It's Only A Test is the 18th episode of Season 1 of Beverly Hills, 90210.

Worries about SATs take a back seat when Brenda finds a lump in her breast, a fear heightened by her family's medical history.

Everyone but Dylan is driven into a frenzy by the upcoming SATs. A completely panicked Andrea seeks help from Steve, who attended an expensive SAT prep course. During their study session, they end up kissing and afterward avoid each other for days. Kelly reads an article about breast health, so the girls take time out from studying for a self-exam. Brenda discovers a lump in her breast and must undergo a biopsy. Cindy and Brenda are haunted by memories of Brenda's Aunt Sheila, who died of breast cancer. Worried about his sister's health Brandon cannot concentrate on his SAT, so he leaves during the exam to go to the hospital. Not to worry though: both Walsh twins are promised a makeup test later in the year. Andrea and Steve conclude that their kiss was a fluke brought on by stress and decide they are better off as friends. Finally, the Walsh clan and their friends are extremely relieved when Brenda receives a clean bill of health.

You know, Brandon you can tell me anything. I mean, I'll always be here for you
—Andrea to Brandon, after he tells her about Brenda

If you two love birds are through, we'd like to begin
—Mr. Parker to Andrea and Steve, much to Brandon and Kelly's confusion

just the way it is, baby | THE REMBRANDTS
steve and andrea make out 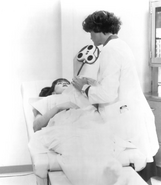 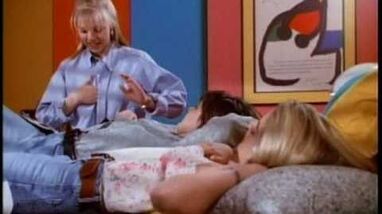 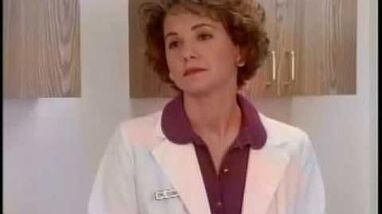 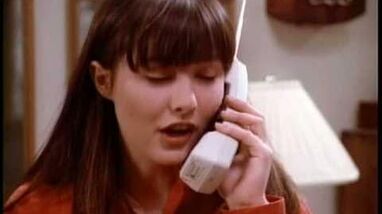