55
Jackie Taylor is a recurring character on Beverly Hills, 90210. She is portrayed by Ann Gillespie.[2]

Jackie was a famous model when she was younger, until she had her first daughter Kelly and married millionaire Bill Taylor (whom she later divorced). She is the mother of Kelly Taylor and Erin Silver, stepmother of David Silver.

Jackie is introduced as a 'fun' mom: flexible about rules and, in Brenda's eyes, stylish and hip; however Jackie suffers an addiction to drugs and alcohol, which has had Kelly grow up way too fast and basically become the caretaker of her addict mother, when is should be the other way around. After having been passed out drunk at her house and making a scene in front of Kelly's friends at the mother/daughter fashion show, Jackie decides to return to rehab and Kelly drives her mother back to Timber Hill[3].

During the summer following her time in rehab, Kelly and Jackie spend some mother-daughter quality time at the beach[4]. Jackie breaks her tooth during lunch at the beach club, but a nearby dentist comes to her rescue. He asks her out and reveals that he is Mel Silver, David's father. Eventually they start dating. During a dinner where Kelly and David are invited, Kelly determines that she must break up the couple and behaves rudely during a dinner. She then breaks down in tears to Jackie and explains that she is afraid of losing her[5]. Jackie is seen again when Kelly wanted to go out with her friend to a underground club but Jackie forbids Kelly to go[6].

For Christmas, Kelly helps Jackie cook, but neither is very good at it. Jackie considers cooking more often anyway, since she and Mel are getting more serious. Their relationship is the first healthy one she’s ever been in. Mel shows up and tells Jackie he and David can’t come to dinner – David’s mother, who Mel is in the process of divorcing, wants them at home for Christmas. Jackie’s upset that she got so invested in something that isn’t going to last. She and Kelly join the Walsh family for dinner when David and Mel arrive and David eavesdrops as his father apologizes to Jackie. He thought his ex was in trouble and he owed it to her to be there for her, but now he knows they really need to be apart. He never actually went to her place; he drove around until he realized that Jackie’s who he wants to be with and she forgives him[7].

Months later Jackie tells Kelly that she is pregnant. Kelly's decision to confide in her friend's about her mother's pregnancy wreaks major havoc in Mel and Jackie's relationship, but they stay together and on Valentine's Day, Mel and Jackie get engaged[8]. Jackie ask Kelly to help her with the wedding. Jackie is rehearsing for it when Donna tells everybody that pipe burst in the living room, Jackie is ready to cancel the wedding, but the Walshes offer to host the wedding at their house. The next day Jackie confess to Kelly that she is scared for the future. Kelly calms her down and Jackie gets married to Mel Silver[9].

During the summer of 1992, Jackie gives birth to her second daughter – Erin Silver and spends most of her time taking care of Silver at the house. Jackie notices that Kelly is spending her time alone and worries that something might be wrong. Cindy, Jackie and their daughters as well as Donna and Andrea enjoy a good life for the weekend at a posh health spa, until Brenda overhears a conversation about Kelly's step dad's unfaithfulness to Jackie. When Kelly breaks to news to her mother she worries that her mother's insecurity may lead her back to drugs after an old friend of Jackie offers her cocaine but she rejects the offers and goes back to her room where Kelly tells her that she is proud of her choice, before they leave the spa Cindy gives Jackie some support to confront Mel. At the Silver/Taylor house, Jackie and Mel have been arguing making things difficult for Kelly and David, Mel finally decides to move out and Jackie ask David to stay to be close to his sister Erin. Jackie is having financial problems so she decides on selling their house.

When Kelly turns 18th Jackie helps David and the gang to make Kelly a surprise birthday party while she is continuous to make an effort to get the house sold, at the Peach Pit Kelly faints for starvation and is taken to the hospital, Jackie spend her time with her after the incident, at home Jackie tries to convince Kelly not to leave the group support for girl with eating disorders but she refuses, Kelly is also furious because Jackie is selling the house, when Jackie tries to talk with her, Kelly has a melt-down accusing Jackie of being a terrible mother and leaves, when she comes back Jackie apologize to Kelly for her mistakes she made in the past, Kelly also ask for her forgiveness and then hugs her mother. In the episode Something In The Air Jackie is there to support Donna along with Cindy and Jim Walsh. In the season finale Jackie tells Kelly and David that the house has been sold and they need to move out in two weeks, before Kelly graduation she has mother and daughter talk, later that day at the ceremony Jackie can be seen talking to Kelly's father, Bill Taylor.

With Kelly and David living away Jackie is feeling lonely and visits Kelly every now and then to help with the apartment chores, one night Jackie at the apartment caught Mel with his new girlfriend causing tensions between Kelly and David. Jackie is seen again at the Walsh's 20 wedding anniversary and after David told her that Mel left Silver with him she gets mad and even more after noticing that Erin has fever and accuses Mel of being and irresponsible father. Jackie is called by the police and infroms her that Silver is missing, she is seen crying over her daugther temorary lost, after the police found Silver Jackie decides to take her full custody.

A model agency offered Jackie a chance to model with her baby daughter Silver, but disapproves her choice because it involves Silver and she doesn't want her to have a bad childhood, later Kelly and Jackie talk about the modeling were Jackie confess to Kelly that she is feeling old and she really wanted that photo-shoot, but felt her time for that was over. When Kelly was burned during a house fire. Jackie showed up to the hospital to take care of her and offered to move in with her to help Kelly heal and rest but the offer was declined. Later in the season Jackie decides to forgive Mel and they get back together.

Jackie throws Kelly a birthday party with her closest friends where she tells Brandon and Dylan to support her after Colin skipped the party. Its later reveal that Jackie and Mel are back after a reunion off-screen. Bill tells Kelly that is going to visit her and Jackie tell her not to get exited for the visit. In the aftermath of the disappointment Kelly becomes a drug addict. Brandon breaks the news to Jackie who takes to a rehab center after she hit bottom. Jackie took care of Kelly during the recovery and advise her to stay away from Collin. Jackie is also there to support for Kelly after Tara attempts to kill Kelly. For Christmas Mel and Jackie invite David, Donna and her parents over for dinner. Felice makes snide remarks about the pre-prom incident from four years earlier, the fact that Jackie and Mel are not married. Then, a young woman reveals to Kelly that she is her half-sister, Joy Taylor. Kelly is angry to learn that her mother hid the truth for years.,

Jackie and Kelly grew closer as Jackie helped Kelly decide what to do about her pregnancy. In the season 7 finale Jackie attends Silver's kindergarten graduation, where she tells Kelly that Bill is attending to college graduation. She is later seen that the ceremony with Mel. Before Kelly's wedding to Brandon in season eight, Jackie told Kelly that she was proud of her and she really loves her. Jackie was last seen in the series finale with her husband Mel at her stepson's wedding.

After Erin was born, Kelly decided to stay in Beverly Hills instead of going to Paris with Donna because she wanted to help her mother care for her newborn sister. Erin is seen at the apartment where Kelly used to live. That night, she is seen when her father comes to pick her up. She is seen again after Mel left her with David before leaving for Mexico. David takes Erin to the Walshes' party where Jackie notices Erin and notices that she has a fever. Erin went missing while under David's care. David was supposed to be taking care of her, but he was passed out due to his drug addiction.

Jackie is offered a chance for a mother\daughter photoshoot in a magazine article and took Erin instead of Kelly. However, this decision causes trouble between the two of them after Kelly saw that Erin was tired.

While Kelly and David are at the trial, Colin babysits for Erin while Jackie & Mel are away for the weekend. Valerie tells Colin that Kelly spent the night with Brandon. Colin refuses to believe Kelly's denial, but their argument is interrupted when Erin falls in the bathtub. Colin is able to revive her using CPR. In the season 7 finale, Erin graduates from kindergarten. Kelly, Donna, David & her parents are present at the ceremony. Erin begins showing an interest in soccer after Steve takes her to a game where they meet Carly Reynolds and her son, Zach. Later, Kelly is upset after Erin makes negative comments about her figure. She is later seen at Kelly's wedding.

After Mel cheats on Jackie again, Erin begins showing signs of depression over the breakup. Jackie seeks full custody of Erin while Kelly & David try to keep their sister's spirits up. Dylan convinces Kelly and her family to help out with the charity Thanksgiving dinner that he's organized. During the dinner, Kelly attempts to stop Jackie from trashing Mel in front of Erin while Erin mopes around about her parents' separation. In the series finale, Erin is shown at David & Donna's wedding as a flower girl. 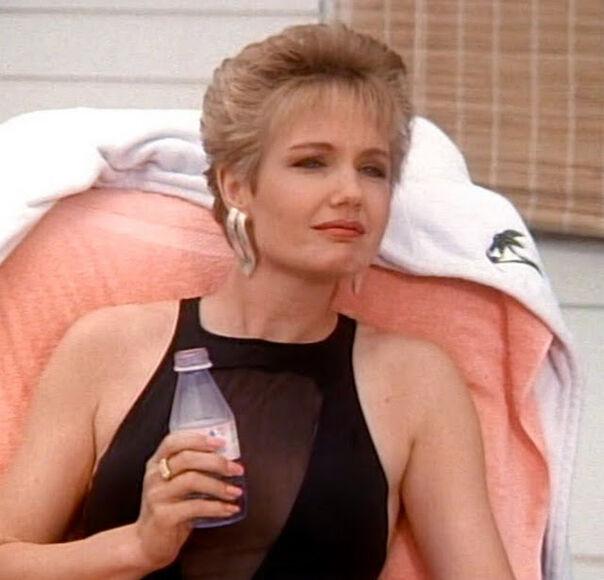 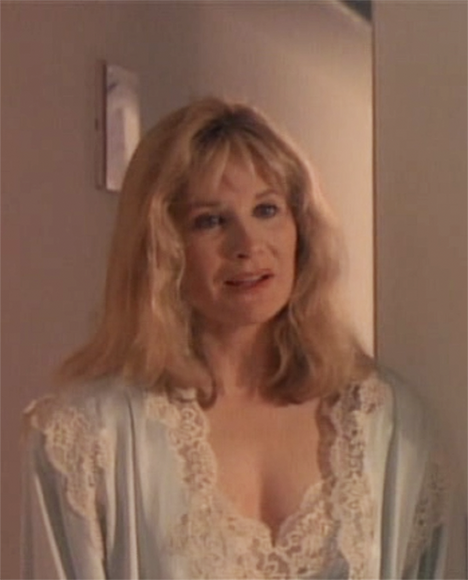