Student and Quarterback at California University

23
Joe Bradley is a recurring character in Season 6 of Beverly Hills, 90210. He is portrayed by Cameron Bancroft.

Joe is a student at California University and the football team quarterback. He's kind, chivalrous and saving himself for marriage. He has a good relationship with his family and eventually starts dating Donna Martin. He does, however, later reveal himself to be sexist in that he wants to control what Donna does with her body.

On the night of their first date on Halloween, Donna is confronted at her beach house by Ray Pruit, her former abusive boyfriend with whom she had recently ended her relationship. Joe came to her defence, tossing Ray around in self-defence. During Thanksgiving, which happens to be Joe's birthday, Donna arranges for 49ers QB Steve Young to surprise Joe. Because Young apparently could skip practice that day and also had no family or friends he wanted to spend the holiday with, he actually showed up to Casa Walsh and played an impromptu game with the gang on the front lawn using the football he autographed for Joe. In the same episode, Donna tells Kelly that she loves Joe so much, she wants to sleep with him. Joe later revealed to Donna that he was also a virgin and, like her, was waiting for marriage to have sex. He had also been engaged to his high school girlfriend, who had gotten too wild for him after they graduated. He was a devout Christian who lived a life of faith.

Despite Joe's and Donna's growing attraction, Ray was having a hard time letting go of Donna and chose to file assault charges against Joe for their fight on Halloween. When Ray sues Joe for breaking his arm, this causes Donna to reveal to her parents that she was in an abusive relationship with Ray. She later has to explain in open court what happened in Palm Springs. Valerie also testifies to seing Ray push Donna down the stairs in Palm Springs. Although the case went to court, Brandon Walsh, while reporting on the case nationally for the Associated Press (AP), interviews Joe and later convinces Ray that he was hurting Donna. Ray ultimately told the truth in court and left town. Joe is later diagnosed with a rare heart defect by Donna's father. He sought a second opinion, in which the doctor cleared him for future football games. Joe was elated, but soon realized something was wrong when he became short of breath following a run and fainted after going on a test flight with Brandon Walsh, Steve Sanders, and Jonathan Casten. He eventually chose to take a coaching position in his hometown of Beaver Falls, Pennsylvania, and asked Donna to accompany him. She ultimately declined, as her own pursuits were still in Beverly Hills. The couple shared an affectionate farewell before going their separate ways. 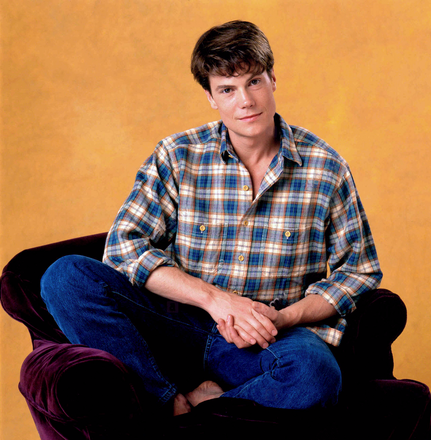 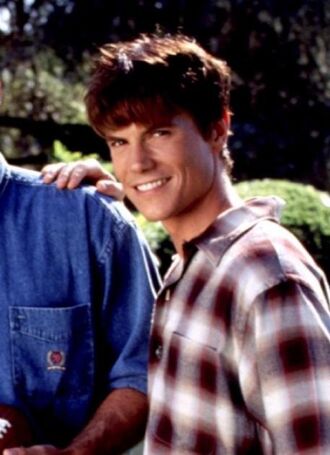