Steve – If she's not getting the message you just have to be firm. Spell it out. Tell her: ”adios, sayonara, au revoir, finito“
Brandon – The United Nations approach

My Desperate Valentine is the 16th episode of Season 2 of Beverly Hills, 90210.

Hard to do, but it must be done, so Brandon breaks up with Emily, who doesn't take it gracefully. Meanwhile, Brenda and Dylan declare a night be filled with music instead of making out.

Emily refuses to accept the fact that Brandon no longer wants to see her. She slashes her own tires and pretends that her parents are out of town so that Brandon will invite her to stay over. She sneaks into his bedroom and tries to seduce him. After he makes it clear that he is not interested, she begins to make crank phone calls. Andrea discovers that Emily is the person who has been sending menacing letters to the school paper. Emily shows up at Brandon's house and douses the gang's homecoming float with gasoline. Brenda and Dylan find her sitting on the float with a lighter, and Brenda is able to calm her down. Emily agrees to seek help. Brenda and Dylan attend cultural events because she fears they spend too much time making out.

You're studying. It's Friday night - it's amoral
—Steve to Brandon

baby, i'm yours | BARBARA LEWIS
Brandon meets up with Steve at the Peach Pit

caprice op. 1 no. 16 | PAGANINI
brenda and dylan give it another go at a solo violin concert 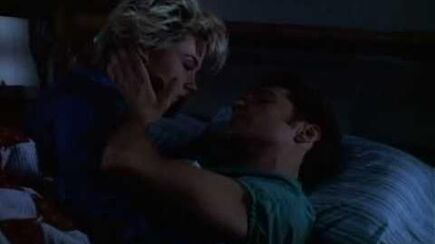 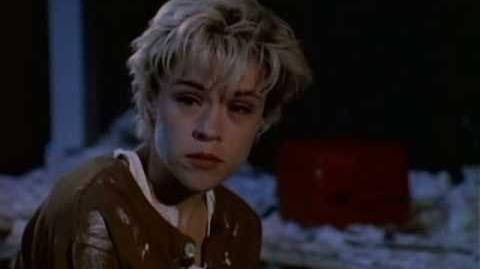