David Semel
My Funny Valentine is the 19th episode of Season 7 of Beverly Hills, 90210.

On Valentine's Day, an ex-beau surprises Donna; Valerie's mother (Michelle Phillips) visits; Steve commits yet another error with Clare; Valerie confesses a weakness to Kelly; Chloe (Natalia Cigliuti) opens for Luther Vandross at the Peach Pit After Dark; and Tracy gets a big surprise from Brandon.

I hated him and I hated that house. And for every day that you stood by his side, I hated you too
—Valerie to Abby Malone

Valentine's Day is a bogus holiday. The whole thing's like a capitalist plot perpetuated by the floral industry
—Clare to the girls 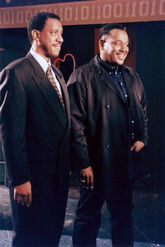 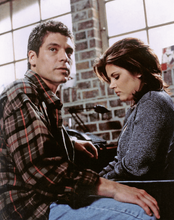 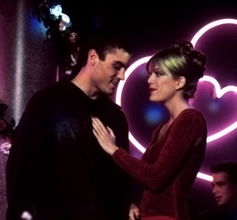 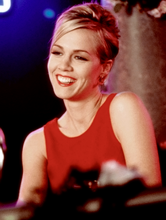 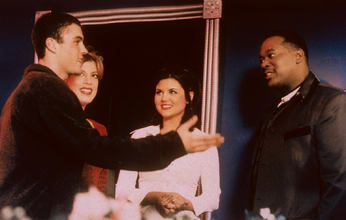