I've got to get control of my own destiny!
—Brenda, to her mom, about getting a car

Recruits from outside the school district may sink Brandon's shot at making the basketball team. Meanwhile, Brenda takes her third — or fourth — shot at driver's training.

Jim encourages Brandon to try out for the basketball team. Steve, unaware that he is terrible, is bitter about being cut from the team. He tells Brandon that several of the players are ringers brought in from out of district to help the team win a championship. Andrea, whom Brandon had asked to investigate, discovers that the player competing against Brandon for the last spot on the roster is from another district. Brandon is ashamed of himself when he learns that the player came to West Beverly to get a good education; his father is a city employee, making him eligible for admission. Brenda enrols in driver's education, despite the fact that she failed three times in Minneapolis. Kelly is stranded after a concert and begs for a ride, so Brenda takes Brandon's car without permission. She runs out of gas and manages to lose the car.

ooops up | SNAP!
jim and brandon play in the driveway/morning at west beverly 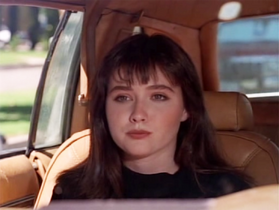 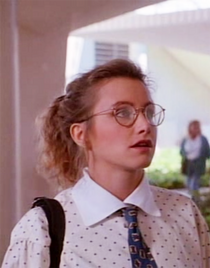 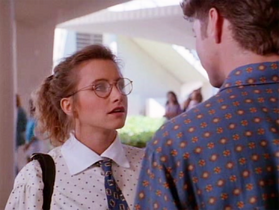 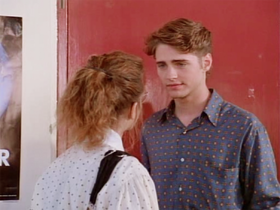 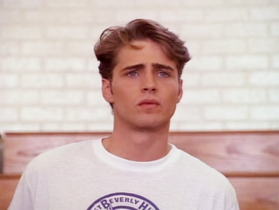 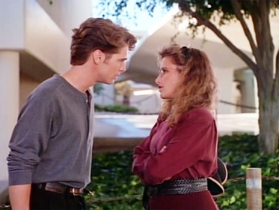 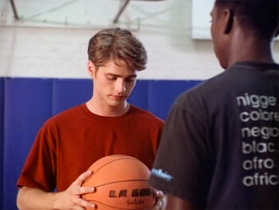