I think I'm falling in love with her. I haven't felt this way about a girl since Kelly
—Steve about Celeste

Steve decides that Celeste is detrimental to his social life: Donna wants to dump her radio show to keep up in school; and Dylan doesn't deter Kelly's persistent admirer.

Kelly – So, I was sorta hoping we could go to the pool party?
Dylan – Yeah, right, the Brady Bunch goes to college

No matter how bad things get, that tough, independent spirit of yours is probably gonna see you through
—Jim to Brenda

pressure | SUNSCREEM
the pool party starts; Brandon's at the grill 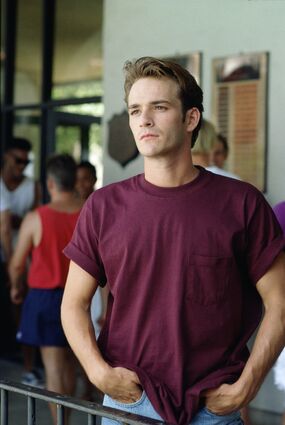 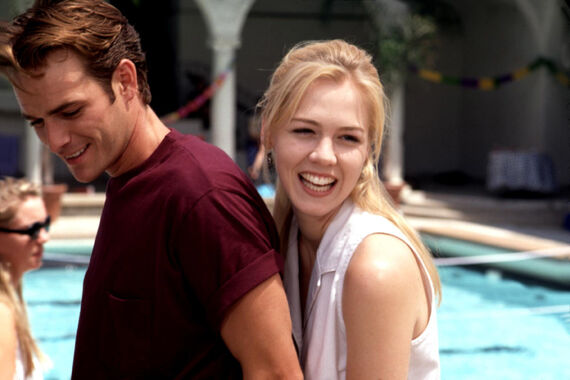