26
Scott Scanlon is a principal character on Beverly Hills, 90210. He is portrayed by Douglas Emerson.

Scott is a smart, socially nervous, slightly-awkward freshman student at West Beverly Hills High School in 1990. He spends time with his childhood friend David Silver, while David tries to make a name for himself at the school. Scott mostly just wants to be himself and not be dictated to by what other people consider 'cool'. However, as a regular teen, he, of course, wants to be a part of the social scene and attend parties. He's sometimes down on himself for being a geek, although he has some face-offs with David in their sophomore year over David's superficiality, as he was often the voice of reason when David was scheming to become popular.

Scott and his childhood friend David Silver start West Beverly together in 1990. Scott feels awkward and designated a 'geek', although he's smart and aware of the ridiculousness of the social hierarchy of high school. He's also at the mercy of bullies, although Dylan McKay stands up to them for Scott in Tech Class. Scott thinks David's attempts to befriending Steve and Kelly are lame and will never work, but he tries to help out whenever David puts a plan into action. Scott often feels neglected throughout their freshman year as David dumps him to hang out with the 'cool kids', but he still spends time with David and they double-date to their Freshman Year Spring Dance.

He and David drift apart during his stay on the show. Over the summer after freshman year, while David was becoming friends with the popular kids, Scott went to Oklahoma with his family. When he returned, Scott was often seen trying to get David's attention, but David rarely had or made time for him. They had a brief fun time on Scott's last Halloween.

Scott died in season two after accidentally shooting himself at his own birthday party while playing with a gun in the episode The Next Fifty Years. This occurred in front of David and emotionally jarred him for some time; once he angrily sited to Brandon Walsh over the radio that no one ever cared about Scott before he died.

Scott had a sister named Sue Scanlon, who appeared in season three. He was honored by individuals in his school following his passing. Sometime later in season 3, David and Donna help Sue denounce her sexually abusive Uncle Henry. Sue suggested that Scott might have been molested as well, but was dead and could not testify. She said she confided in him about the molestation, and that his reaction was supportive and sympathetic, Scott never confided to Sue that it also happened to him. No posthumous evidence ever emerged that Scott was also a victim. 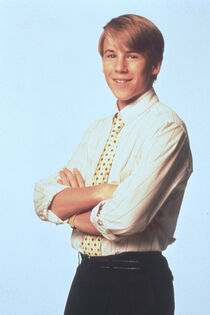 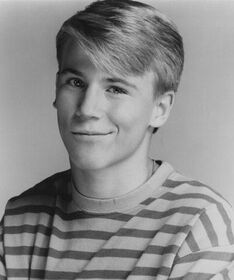 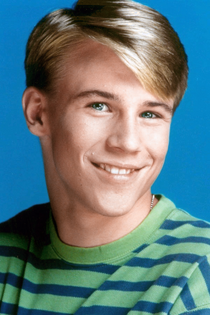 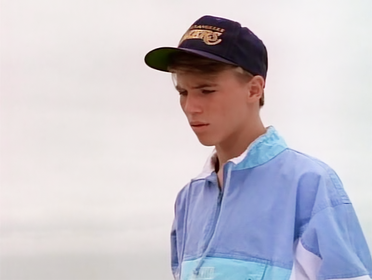