The nice, normal Walsh family just moved from Minneapolis to Beverly Hills. It might as well be Mars

Fraternal twins, Brandon and Brenda Walsh, move with their parents from the Midwest to the scandalous, lavish city of Beverly Hills, California and begin their sophomore year at West Beverly Hills High School, where they meet their new friends who seem to have it all, but as the year goes on, they quickly learn are just as lost as they are, leaving the Walsh Twins to appreciate what they have at home.

One of the definitive, landmark shows of the 1990s, Beverly Hills, 90210 quickly became an important fixture on FOX and in popular discourse of adolescents and young adults. The main characters Andrea, Dylan, Steve, Kelly, Donna, David and twins Brandon and Brenda all attend West Beverly Hills High School.

Brandon and Brenda Walsh and their parents, transplants from Minneapolis, are the stable nuclear family with strong values; their home is a safe haven for the whole gang and the center of much of the drama. The show dealt with a steady stream of love triangles and other romantic entanglements and occasionally touched on more serious issues as well.

Debbie Gibson as Herself ("East Side Story")

Melinda Culea as Dr. Natalie Donner ("It's Only A Test")
The doctor who treats Brenda 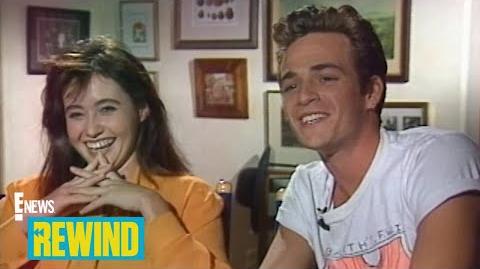