Brenda reconsiders her college choice; Most Beautiful senior Kelly fears no one's looking beneath her surface; Steve forgets he's dateless when he shines at one of L.A.'s hippest venues.

Andrea – You're a terrific writer
Dylan – Well, I'm glad you like it, when should I send it off to Double Day?

Andrea – Well, actually, I have a few minor notes, if you don't mind feedback?
Dylan – Oh absolutely, that's why I gave it to you to read, but Zuckerman – don't be too brutal

man on the moon | R.E.M.
brenda and brandon talk minnesota 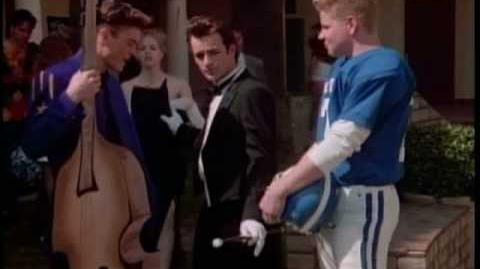