Shooting Star/American in Paris is the 5th episode of Season 3 of Beverly Hills, 90210.

Kelly and Dylan note the imminent arrival of Brenda, who feigns being French while falling for an American in Paris; Brandon falls for a hard-luck story; and David deals with Steve, who wants to be his manager.

damn I wish I was your lover | SOPHIE B. HAWKINS
kelly and dylan in her cabana when david sees them/later dylan and kelly at the beach at night 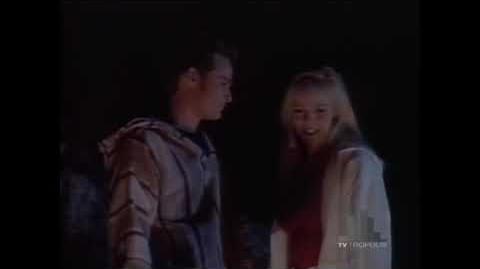 Retrieved from "https://90210.fandom.com/wiki/Shooting_Star/American_in_Paris?oldid=86058"
Community content is available under CC-BY-SA unless otherwise noted.