Andrea – Brandon, do you think I'm a geek for coming to this dance by myself?
Brandon – No not at all. We never get to slow dance in the newsroom

It's the big spring dance, and the chance of romance is good for Dylan and Brenda, possible for Kelly and Brandon and nil for Steve, who carries a torch that's about as cumbersome as his date's dress.

Brenda tries to convince Andrea to ask Brandon to the Spring Dance, but Kelly beats her to it. Steve reluctantly takes Donna, who wears an elaborate gown that impedes sitting or dancing. He ignores her, gets drunk, and lashes out at Brandon and Kelly. Kelly admits her crush on Brandon, and they kiss. However, he nixes a relationship because he thinks of her as a sister. Steve reveals that it is his birthday, and that he is especially sensitive about this after recently learning that he is adopted. He had confided in Kelly, but she forgot because she was caught up in her quest to become Spring Queen. Brenda and Dylan check into a hotel room upstairs, and she loses her virginity. While watching a horror movie, Andrea daydreams about chasing Kelly with a chainsaw. She decides to go to the dance alone. David wins a dance contest, and receives the right to dance with Spring Queen Kelly.

I don't get it, dating's your life, isn't it?
—Brandon to Kelly

Brandon, I'm a Spring Princess. I can't exactly show up in a Melvin, or whatever you're calling your car these days
—Kelly

Brandon – So, guys, what do you think?
Dylan – Methinks thou art stylin'

Dylan – Your limo has arrived, Sir!
Brandon – Thank you, Sire!

you can't hurry love | THE SUPREMES
at the peach pit, kelly asks brandon to the spring dance 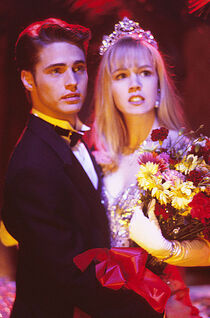 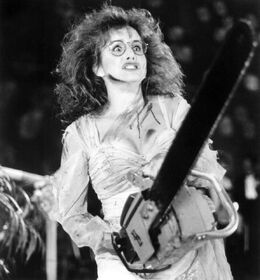 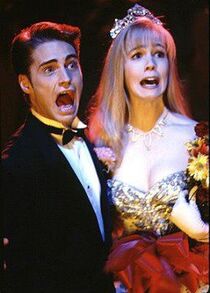 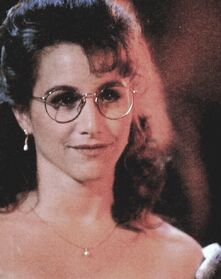 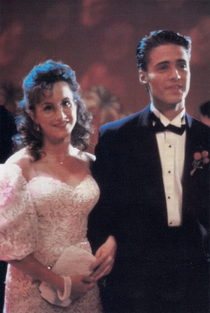 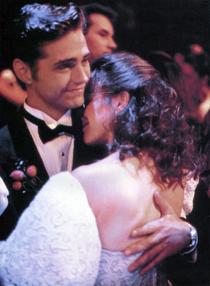 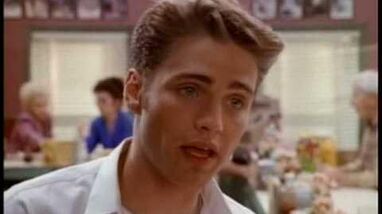 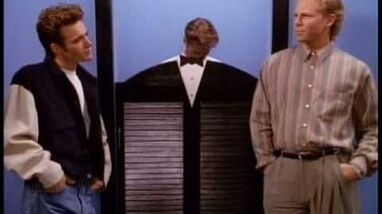 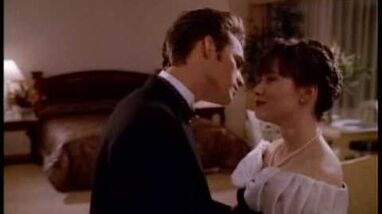