13
Suzanne Steele is a recurring character on Beverly Hills, 90210. She is portrayed by Kerrie Keane.

Suzanne had a relationship with Jack McKay, Dylan McKay's father in season four she first appeared with her daughter Erica Steele.

Dylan wanted to give her financial aid but Jim Walsh had suspicions that Suzanne might be scamming Dylan to get his money. When Dylan asked her for her social insurance number she got upset. Suzanne left for a while to deal with something back home and left Erica with Dylan. Erica had over heard Dylan and Suzanne's conversation and stole her mother's card. Dylan gave it to Jim to find out that Suzanne had $25,000 in her Iowa bank account. Dylan and Erica waited for Suzanne's return, Dylan confronts her and she states that it was insurance money for her trailer. Dylan gets a job for Suzanne at the Peach Pit with Nat just before he has a heart attack.

Suzanne then starts dating Kevin Weaver, who is a chemist. Dylan helps Erica get over her jealousy about her mother's new boyfriend. Kevin continues to charm his way in their lives, which makes Kelly feel left out. Kevin takes Erica and Dylan to his lab to show them his work which is underfunded. Dylan asks Kevin to be his beneficiary to start up his own chemical clean-up company. Kevin and Suzanne announce their engagement. Kelly continues to resent Suzanne which makes things with Dylan and Kelly bad, Kelly tells Dylan that her 'Women's Intuition' is telling her that something isn't right with Suzanne and Kevin. Kelly openly tells Dylan she doesn't trust Suzanne.

Suzanne and Kevin get married in a semi-formal ceremony where Kevin convinces Dylan to cut out any outside investments which makes Jim become angry at Dylan and Dylan fires him. Kevin and Dylan then go to the bank and Dylan gives Kevin full power-of-attorney over his bank account. He has no idea that Suzanne and Kevin has plans for his money that does not involve a company. Suzanne, Kevin, and Erica leave Beverly Hills after Dylan signs over his bank account to Kevin, Suzanne and Kevin tell Erica that they're going to Brazil. Erica tells her mom that she needs to go to the bathroom so Suzanne takes her. Erica gets Suzanne to leave her in privacy where Erica writes a note to Dylan that she leaves on the bathroom stall door.

Suzanne and Kevin's swindling and skipping town actually makes Dylan go back to alcoholism. Dylan finds out that his entire bank account has been wiped out by Suzanne and Kevin. 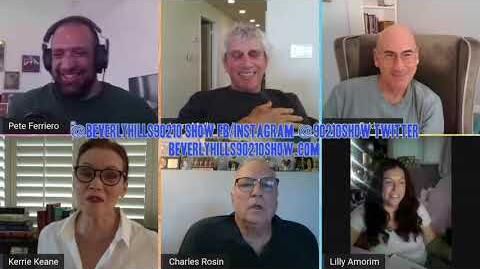 Kerrie Keane Didn't Know About Her Character's Scam On 90210