Bethany Rooney
The First Time is the 4th episode of Season 1 of Beverly Hills, 90210.

Brandon gets a visit from his Minneapolis girlfriend, who brings pleasure one night but pain the next. Meanwhile, Brenda has an adventure in baby-sitting for a hunk teacher.

Brandon Walsh is excited to see his old girlfriend Sheryl, who surprises him with a weekend visit. The two are catching up on old times, when Cindy mentions to Jim that he should have a talk with Brandon about safe sex. Later that evening, Sheryl pretends to sleep in Brenda's room, but surprises Brandon when she slips in next to him in bed. Brandon is both surprised and pleased to share his first time with his Minnesota girlfriend. And he assumes Sheryl is too. Brenda develops a major crush on her algebra teacher. He asks her to watch his children for him, while he and his wife go out for the evening and she happily agrees. Kelly and Donna accompany her, and they set out for the teacher's house. Once there, the ladies are surprised to see how belittling his wife is to him. She barks out the orders, and he jumps to attention, which changes Brenda's opinion of her dream guy. The girls take on a little snooping, and get caught with the family photo albums out, pouring through old pictures.

Embarrassed, they say a rushed goodnight, and giggle off into the night. Brenda's crush is now crushed. After their night together, Sheryl begins distancing herself from Brandon. She also seems to be taking an interest in Dylan, which infuriates Brandon, who believes that it is Dylan who is pursuing her. As things progress, Brandon gets fed up and punches Dylan in the face. Back at the Walsh home, Cindy receives a disturbing phone call from Sheryl's mother. It seems that Sheryl is a runaway, and left home after a fight with her stepfather. Brandon is devastated to learn that he was not the first person that Sheryl has slept with. She seems to be fooling everyone... except Dylan. He knows that she is into him for his wealth and is not truly interested, despite what Brandon might believe. Brandon feels sad that he thought he had a better understanding of who he slept with and terrible for having let Sheryl come between his friendship with Dylan, and his relationship with his parents. After a talk with Brenda, both twins feel better.

Dylan you could probably go out with any girl in the school that you want, why are you hitting on my girlfriend?!
—Brandon

? | ?
Brandon arrives at school in the morning

in the mood | GLENN MILLER
brandon the morning after

i wanna be rich | CALLOWAY
brandon shows sheryl around L.A.

hippychick | SO:HO
brandon meets up with sheryl and dylan at CONTACT 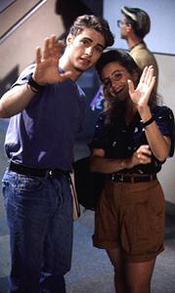 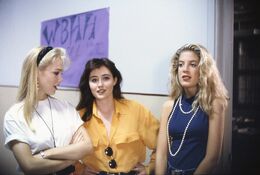 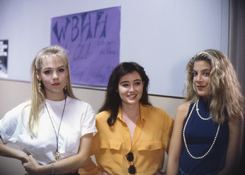 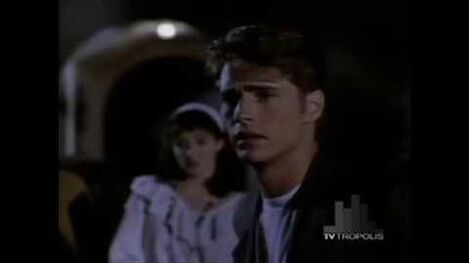 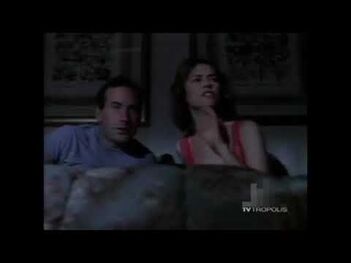 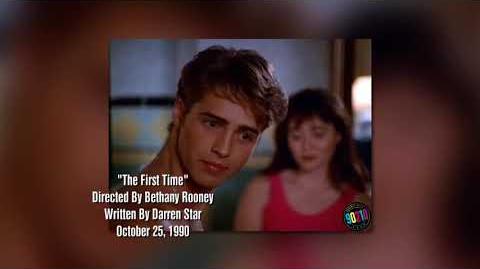 Bethany Rooney looks back at A First Time
Community content is available under CC-BY-SA unless otherwise noted.
Advertisement