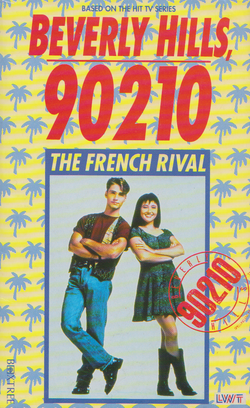 The French Rival — second novel in UK Beverly Hills 90210 book series written by Lawrence Crown and published in 1991 by «Boxtree».

Things are going well for Brenda — that is until Nicole, Dylan's ex-girlfriend, comes over from Paris. Brenda's world looks like it's ready to fall aprt. And then Brandon starts falling for Nicole...