You know, the tragedy of this country, is that creeps like you two end up running it
—Dylan to bullies

The Walshes come to see that style is no substitute for substance as Brandon hits the beach with one new friend who may have both, and another who fears she has neither, while Brenda is left high and dry there by style-conscious Kelly.

Brandon meets Dylan McKay, a mysterious loner who stops some jocks from harassing Scott in tech class. Dylan takes Brandon surfing and introduces him to his friends, including a troubled young woman named Sarah. Brandon becomes disturbed by the behavior of Dylan's friends, who treat Sarah like a possession. Brandon grows tired of Dylan's bad boy act after he raids a hotel room. Dylan reveals that he lives in the hotel, and only pretended to break in to preserve his reputation.

Sarah nearly drowns while surfing drunk, but Brandon and Brenda save her life. Sarah seeks help for her drinking problem, and thanks Brandon for convincing her to believe in herself. Brenda is miffed at Kelly after she leaves Brandon and her stranded at the beach. Steve's actress mother encourages him to be nice to David because she mistakenly believes that David's father is a producer.

Kelly – C'mon before he asks for alimony
Steve – Yeah, well, after a year with you, I deserve it!

I just don't believe in winning through intimidation. Unless of course, I'm doing the intimidating
—Dylan, to Brandon

Brandon – What's this?
Dylan – Ah, a little leisure reading
Brandon – Byron: The Collected Works
Dylan – Mad, bad and dangerous to know. That was him and that's me

If this is a day in the life of your basic Beverly Hills family, we're moving back to Minnesota
—Cindy to the twins

word to the mutha! | BELL BIV DEVOE
friday; the school DJ announces the weekend will be sunny

monday, monday | THE MAMAS AND THE PAPAS
DJ Mike MC dedicates a song to brenda and brandon 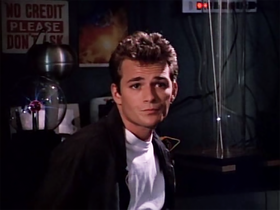 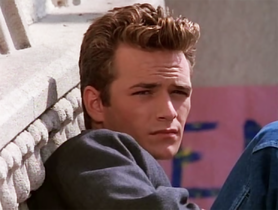 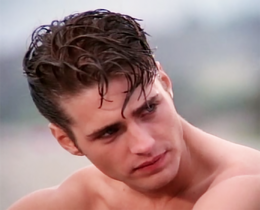 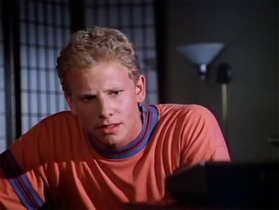 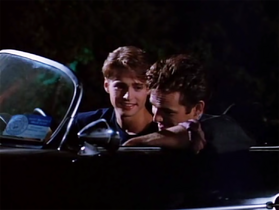 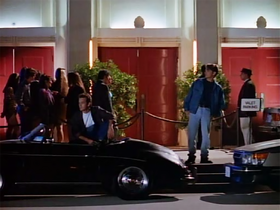 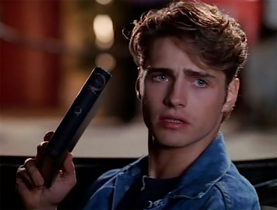 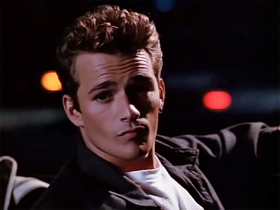 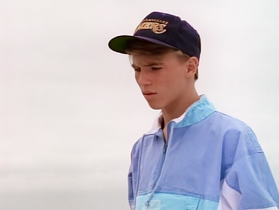 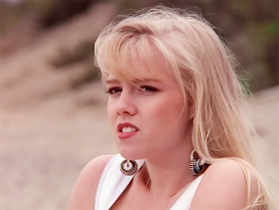 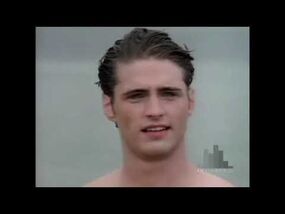 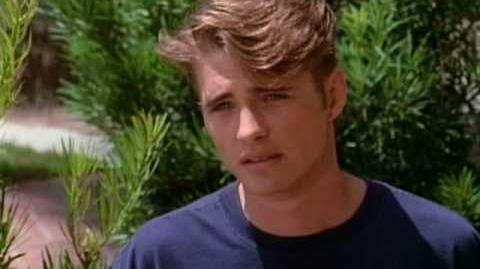 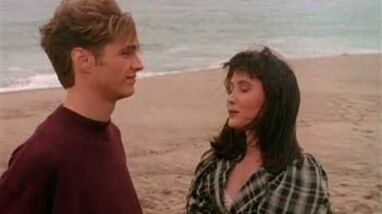