After Brandon breaks up with Tracy, Valerie's meddling jeopardizes his future plans with Kelly; Donna spies her mother with an old flame at a campus talent show, where "shower singer" Clare takes the stage on a suggestion from Steve - who thinks the idea's all wet when he hears her.

It is Springfest and Steve and Donna practice their singing comedy duet. Steve encourages Clare to perform in the talent show but realizes that she is not a very talented singer. She receives inspiration from her dead mother and delivers a great performance. Donna convinces her mother to take a break from caring for her husband and come to the show. Donna fears the worst when she sees Felice with the man with whom she had an affair years ago. When Donna confronts her Felice explains that DR. WARREN SCHULTZ is Chief Medical Officer at SCU Hospital. Since Dr. Martin can no longer do surgery, they were discussing the possibility of having Dr. Martin take a position as a lecturer at the school.

Brandon breaks up with Tracy and Valerie vows to help Tracy win Brandon back. Valerie sends Kelly a fake telegram from Dylan saying that he is at the airport only for an hour layover and wants her to meet him to discuss something important. Although he knows it is a ruse, Brandon wonders if her running to meet him proves that Kelly is still really in love with Dylan. Later, Kelly comes to Brandon at home and shows him the engagement ring hanging around her neck. She tells him the story of how she bought it back and that she chooses him. They embrace and kiss.

You know what, I don't spy on my friends. And I don't devise little loyalty tests either
—Brandon to Val

I just hope Kelly's worth your trust. I really do
—Val to Brandon

Just remember: when you close your eyes to kiss Steve — picture me instead
—David to Donna

You know, Dylan once told me that, he and Kelly had a connection that I would never understand. Maybe he was right
—Brandon to Nat 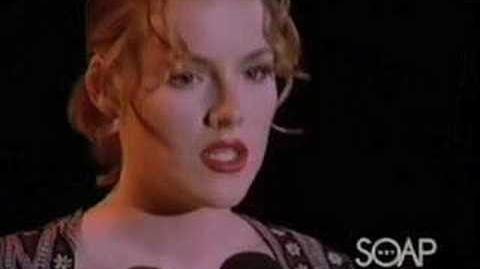