The closer Kelly and I got to being husband and wife, the more we felt like brother and sister
—Brandon

The Morning After is the premiere of Season 9 of Beverly Hills, 90210.

Kelly and Brandon deal with the aftermath of their decision not to marry; Donna meddles in Noah's family affairs; Steve has eyes for a woman who has eyes for someone else; David urges Valerie toward a kinder, gentler demeanor.

Sophie orders room service from the Walsh's home phone. Wouldn't the hotel be able to tell that the call was coming from an outside line vs. from within the hotel?

Laura Leighton played the popular character Sydney Andrews on Melrose Place. Her recurring role on 90210 drew disapproval from many Melrose fans, particularly when Melrose executive producers later revealed that they had developed a storyline that would have brought the presumed-dead Sydney back to the series, but could not even attempt to negotiate with Leighton because she was already under contract with 90210. Add to that, Melrose takes place in the same universe as 90210, with Kelly, Steve, Donna and David having guest starred on Melrose to initiate the series. 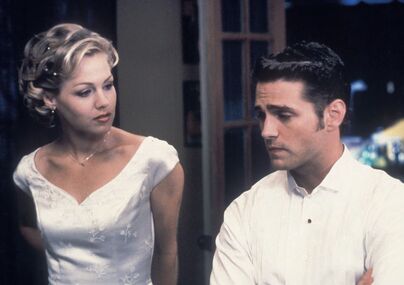 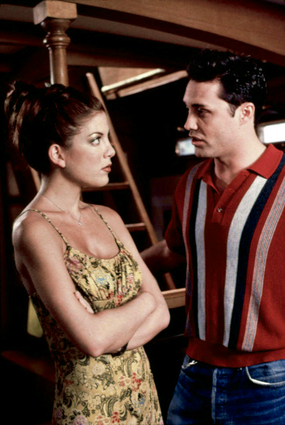