I don't make the schedule, ask the fish
—Steve to Brandon

At work, Brandon connects with an older co-worker, and with a mover and shaker whose hard-to-refuse offer causes shakiness at home with his dad. Meanwhile at school, Brenda connects with her emotions.

Brandon befriends Jerry Rattinger, an influential sports promoter and member of the Beverly Hills Beach Club. At the same time, he looks to romance Sandy, a beleaguered co-worker who is many years his senior. Dylan warns Brandon that Sandy is not the right woman for him. Jerry wishes to hire Brandon as his gopher and loan him money for a new car. Brandon does not understand why Jim disapproves. Jerry asks Brandon to drive his wife home; Mrs. Rattinger reveals that her husband wanted her out of the way so that he could spend time with his mistress, Sandy. Brandon severs all ties with Jerry, who tries to have him fired from the club. Sandy decides to leave town in the hopes of getting her life in order. As an acting class assignment, Brenda tries to recreate the experience of being lost in a mall as a child.

Brandon – You broke her heart, you know that don't cha
Dylan – No Jones, I think you got that flipped around. Big time 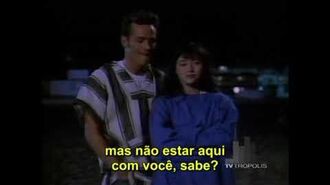 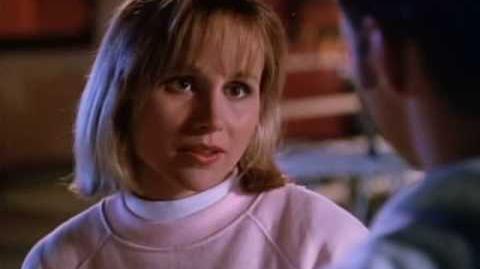 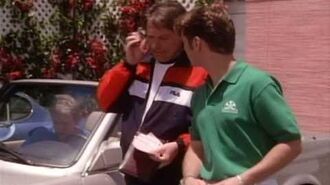