❝ I'd keep my eye on him, bro. Wouldn't want him dating my sister ❞
—Dylan to Brandon, about Stuart

Twenty Years Ago Today is the 8th episode of Season 4 of Beverly Hills, 90210.

The 20th-anniversary party for Cindy and Jim includes a big announcement about another romance. Meanwhile, Brandon receives two warnings from Dylan, one regarding Brenda's boyfriend.

what the world needs now is love | JACKIE DESHANNON
Post-credits; photos of Jim and Cindy 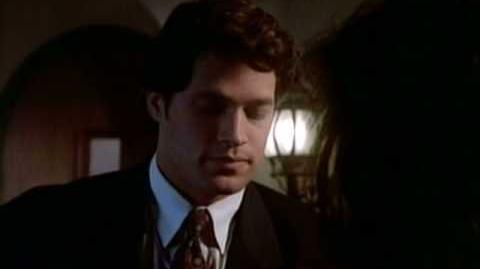 Retrieved from "https://90210.fandom.com/wiki/Twenty_Years_Ago_Today?oldid=86521"
Community content is available under CC-BY-SA unless otherwise noted.