Daniel Attias
Wildfire is the 8th episode of Season 2 of Beverly Hills, 90210.

Dating others no longer looks good to Brenda when Dylan dates the new girl in school, whose datebook also includes Brandon. Meanwhile, Scott and David find what a difference a summer makes.

On the first day of school, Dylan makes a date with Emily Valentine, a new student who plays guitar and rides a motorcycle. She also makes a date with Brandon, and all of the guys seem quite taken with her. Emily offers to help Brenda, Kelly and Donna put together an act for the hello assembly. Dylan and Emily park at a spot overlooking the bluff and share a kiss. Brandon takes her to the same place the next night, and they also kiss. Brenda becomes extremely jealous and possessive after learning of Emily's involvement with Dylan. She accuses her of being a tramp, and treats her terribly at a barbecue at the Walsh house. Brenda apologizes to Emily and pleads with her to stay in the act, so that they have someone with talent. Brenda realizes that she still loves Dylan, and they get back together. Scott returns from his summer vacation in Oklahoma sporting a cowboy hat, with sudden interests in country music, fireworks and guns. David freaks out and decides to distance himself from Scott, and warns his friend to "cool it with the guns."

〉Steve – You know Kel, last year at this time we were barely on speaking terms
Kelly – Ah, the good old days〈
―Cute

〉Brenda – I don't know if I can handle this, I almost called you at the Rap Line last night
Andrea – Well you know you always can〈
―Friendship

〉Emily – Hey Corvette
Steve – How is my funny Valentine?〈
―Flirting

〉Kelly – You know there's a name for a girl like that...
Donna, Kelly, Brenda – Slut〈
―Group shaming Emily

〉Scott – Not everyone has your taste David
David – The whole school does — I'm a tastemaker!〈
―Cloud Silver

〉Donna – I can't believe she came!
Kelly – Why not, all her boyfriends are here〈
―Talking trash about Emily

〉Brenda – What we've got is much more than just physical
Dylan – Bren, I'm not here because of that. I never was. I'm here because I love you〈
―Reconciling

addicted to love | ROBERT PALMER
everyone gets ready for school montage

wicked game | CHRIS ISAAK
Brandon and Emily's date/at the end, when Brenda and Dylan get back together 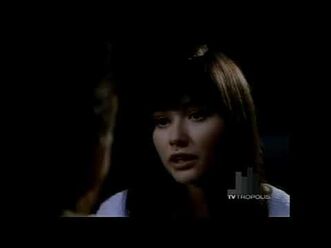 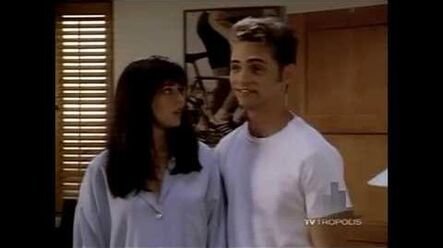 Retrieved from "https://90210.fandom.com/wiki/Wildfire?oldid=89369"
Community content is available under CC-BY-SA unless otherwise noted.